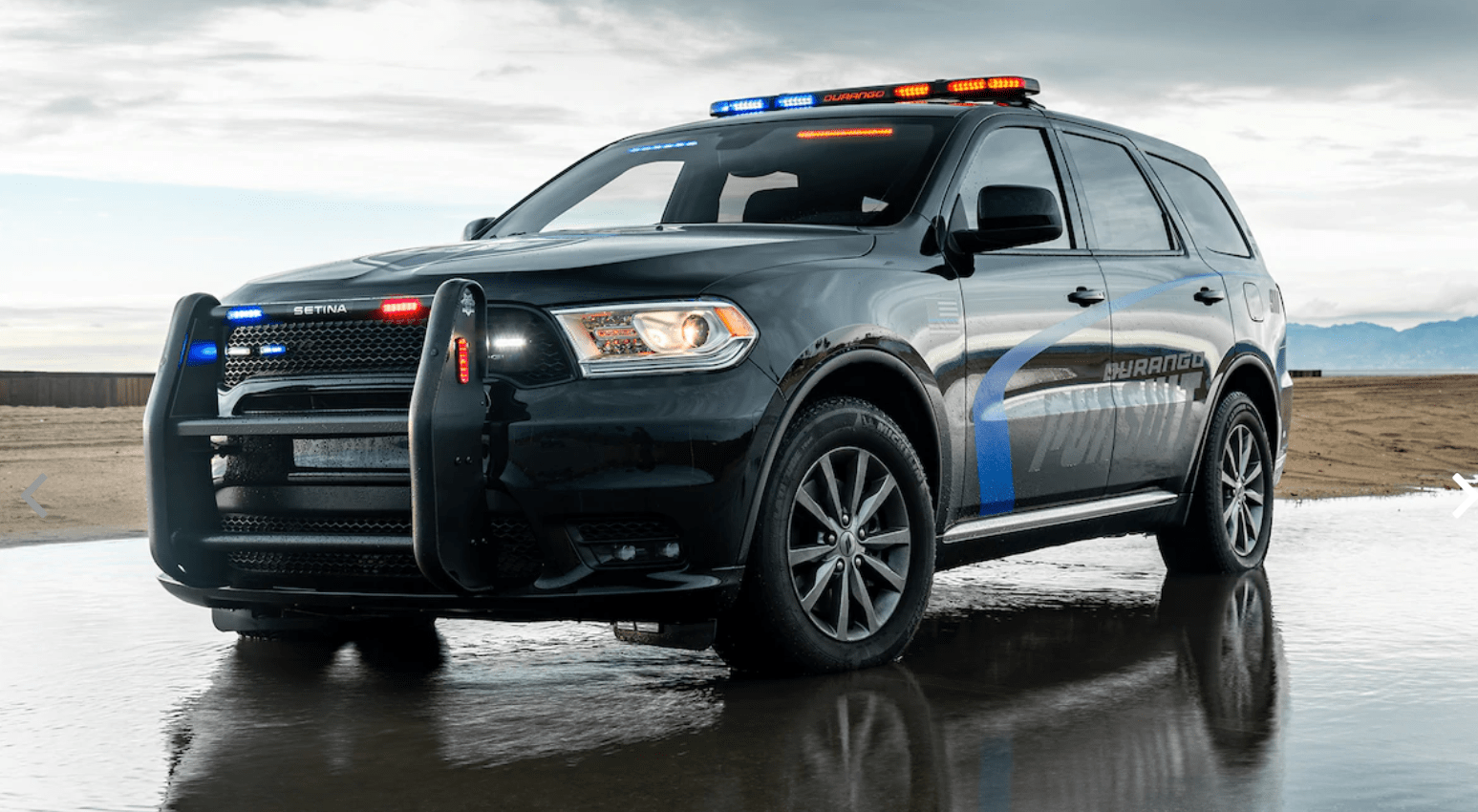 Let’s cut to the chase: No, people around you don’t automatically slow down and drive like saints when you’re driving a cop car. You’d be forgiven for thinking so, because let’s be honest: Every one of us does exactly that when we see a cop. But seeing them is the key, and most people don’t.

You can certainly argue the 2019 Dodge Durango Pursuit demonstration vehicle I was driving is subtle for a police car, and it doesn’t actually say “police” anywhere on it. But don’t take it from me; take it from a California Highway Patrol officer.

“No,” he said with a laugh when I asked if he thought the then-new Ford Explorer-based Police Interceptors CHP had just bought would allow him to catch more speeders. “I can park on the side of I-5 in broad daylight in one of our old Crown Vics with the big, giant globe lights on the roof, and people will blow right by me at 90 mph without seeing me.”

Dodge only lent us the Durango Pursuit for a week, but it was more than enough time to drive his point home. I saw it all: People running stop signs right in front of me, people speeding and weaving dangerously through traffic, people on their phones wandering within their lanes like drunks, even a woman reading an iPad as she drove in stop-and-go traffic directly behind me.