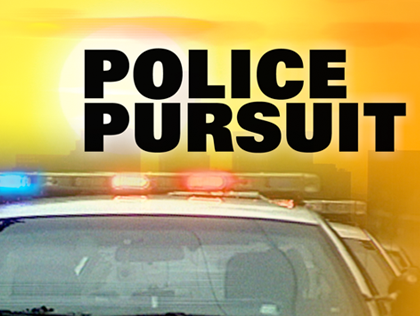 Utica, New York – A suspect was arrested after leading police on a pursuit across three counties that spanned 120 miles. Edward Tucker, 54, was stopped by a trooper along state Rt. 37 in Alexandria, according to a news release from state police. Tucker was driving recklessly by crossing over the center line and endangering other drivers, troopers said. As he was being questioned, Tucker suddenly sped away.

Tucker continued tp speed, crossing the center line and dangerously passing other cars, troopers said. The trooper pursued Tucker until he entered St. Lawrence County. Another pursuit was initiated when troopers spotted Tucker in the town of Hammond. State police chased him into the city of Ogdensburg, where local police attempted another traffic stop according to Syracuse.com.

Tucker refuse to stop and ended up on I-95 northbound where troopers deployed tire deflation devices. In an effort to avoid the device, Tucker intentionally hit a police car and drove off the road. As troopers approached Tucker’s vehicle, he crashed into two state police cars, disabling his car, troopers said.

Tucker was taken into custody with the help of a K-9 after a brief struggle with troopers.  A trooper suffered a minor arm injury, they said. Tucker was wanted on an arrest warrant for a domestic incident as well as a suspect in a Monday incident where he allegedly threatened two victims with an axe and a knife Monday.

Tucker was charged with various crimes including the following according to Syracuse.com.