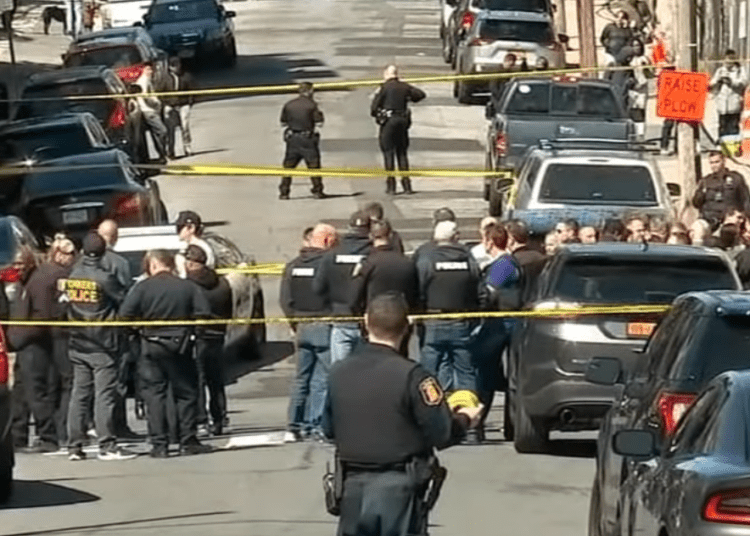 YONKERS, N.Y. – A detective with the Yonkers Police Department who is working on the Westchester Safe Streets Task Force was in critical but stable condition Wednesday night after getting shot in the abdomen during a firearms investigation earlier in the day.

The detective’s twin brother, who is also a detective on the task force, is credited with saving his life after an agent with the FBI returned fire and fatally shot the 28-year-old suspect, according to law enforcement authorities, Yahoo News reported.

Yonkers Police Commissioner John Mueller said the officer-involved shooting occurred shortly after 2 p.m. inside a bodega at 115 Elm St. in the Nodine Hill area of the city.

The detective “lost a tremendous amount of blood, but thankfully we think he’s going to be OK,” Mueller said.

Task force officers attempted to arrest three men during a firearms investigation. Two of the suspects were in the bodega when one of the individuals tried to push past the detective and shot him in the stomach, Mueller said.

An FBI agent, who is part of the task force, returned fire, Mueller said. The suspect went down after a single shot, according to Yahoo News.

The suspect was transported to a local hospital but did not survive. He has not yet been identified by police.

Brian Menton, who is a week away from retirement, was losing blood fast. His twin brother James Menton, who is a detective with NYPD and assigned to the same task force, loaded his brother in his own police vehicle and rushed him to Jacobi Medical Center, PBA President Keith Olson said.

“I wouldn’t even say probably, even the doctors said he saved his life,” Olson proclaimed.