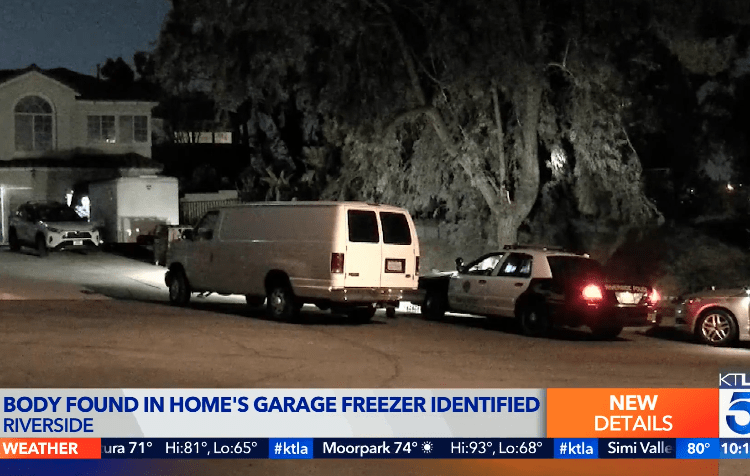 RIVERSIDE, Calif. — The body of an 87-year-old woman was discovered inside a refrigerator in a home in Riverside on Sunday. The deceased woman was identified Tuesday as Miriam Travis, a retired sergeant from the Los Angeles County Sheriff’s Department.

Travis worked as a sergeant in LASD’s homicide bureau, the Press-Enterprise first reported, prior to the Riverside County Coroner confirming her identity.

However, the Sheriff’s Department subsequently confirmed to KTLA that Travis had died and that the Riverside Police Department is investigating the circumstances surrounding her death. She was a 27-year veteran of the department who retired in 1990.

Police were asked to do a welfare check in 6600 block of New Ridge Drive on Sunday by family members who live on the East Coast, and had not heard from Travis in several weeks.

Responding officers contacted the victim’s daughter who reportedly provided “inconsistent” answers regarding her mother’s whereabouts. As a result, police began looking through the home.

While searching for the elderly woman in the residence, officers discovered the body inside a refrigerator in the garage, according to Officer Ryan Railsback of the Riverside Police Department.

Homicide investigators took over the scene and began working to determine how the woman died before being entombed in the refrigerator.

The unnamed daughter was detained for questioning and then later released, police confirmed on Monday. An autopsy is pending.

However, she spent the final 11 years of her career working as a detective sergeant in the sheriff’s Homicide Bureau, the agency confirmed.

“Our hearts are broken by this news and the entire LASD family mourns her loss,” Sheriff Alex Villanueva said in a statement Tuesday.

In a 1988 letter to mark her 25th anniversary with the department, then Sheriff Sherman Block said, “The County of Los Angeles, and more particularly the Department of the Sheriff, is extremely fortunate in having retained the services of so faithful and devoted an employee,” according to the department.