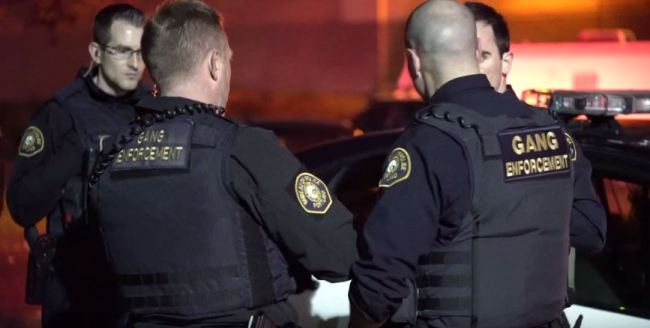 Former Portland Mayor Charlie Hales’ struck the 48-hour rule from the city’s contract with the Portland police union: a rule that allowed officers who shot someone in the line of duty while on duty to wait 48 hours before making a statement.

It’s a rule that has been in place in progressive police agencies and for a very good reason.  Research has proven that after any critical event, the brain forms “memory gaps” and complete recollection of the incident does not come back for at least 48 hours.

In recent years, cops have been under attack for the rule and as Editor In Chief Travis Yates explains, that is very dangerous.

“The idea that we don’t want police to have a clear memory of an event, review their reports and even not review video footage, is very strange,” says Yates.

“What plausible reason could that be?” Yates posed back to us when asked.

“Could it be that there are some that want to catch cops in being untruthful when in fact, after a critical incident, science tells us that there needs to be time between that incident to ensure accuracy.”

Yates says that “to compare a police officer in the performance of their duty and a violent criminal is sad and that department leaders should not stand for it.”

The big difference Yates exclaimed is simple, “suspects can be silent and they are not compelled to speak but that is not always the case in law enforcement during a shooting investigation and while I know there are some really some odd ideas to eliminate the 48 hour rule, I really don’t think that is realistic if you want to actually recruit men and women to put their life on the line for any community.”

Portland has finally figured it out.  Mayor Ted Wheeler said in a statement Thursday that the Multnomah County District Attorney has determined that it can’t prosecute cases in which the city compelled an officer to give their account of a shooting immediately after it happens.

The DA issued a memorandum in March that argued forcing officers to make a statement would either grant them immunity from prosecution or violate their “right to remain silent” under the Oregon Constitution.

Yates has one more bit of advice for those that want to eliminate the 48 hour rule.

“I’m not going to assume why anyone would not want a police officer to be as accurate as possible but I challenge anyone to actually research the issue.  You can start with Alexis Artwohl and Loren Christensen in their excellent book, “Deadly Force Encounters“.  This is not opinion but science and if you want to ignore science so you can “catch a cop”, the problem lies more with you than law enforcement.”