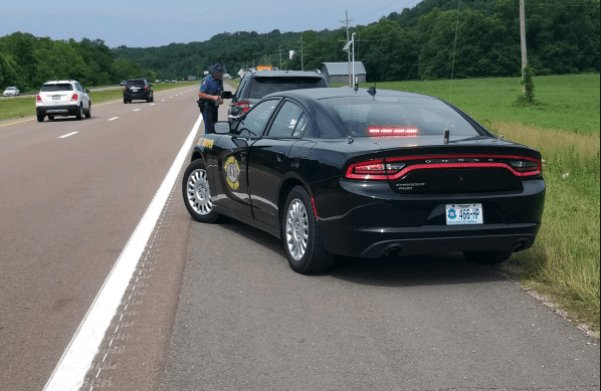 MISSOURI — While the nation and its progressive leaders were busy bashing the police and defunding their agencies following the death of George Floyd, Missouri went in the other direction.

In May, Missouri lawmakers passed a “law enforcement bill of rights” that gives officers necessary legal protections and closes files to allegations of police misconduct.

Gov. Mike Parson signed the new bill of rights it into law in July. The police officer protections were largely overshadowed in press coverage by other provisions of the lengthy 172-page bill, most notably language punishing cities that reduced their police budgets, Newsbreak.com reported.

Antagonists of the provisions, which were written by a lawyer for the police unions, are annoyed since other states and municipalities around the country are moving in the opposite direction.

Brian Millikan, the police attorney who wrote the bill, said, “Police officers are held to a higher standard, from just about any other job I can think of, and that’s fine—I don’t have any problem with that. But at the same time, because they’re so highly scrutinized, there should be a set of due process procedures in place to make sure it’s fair.”

In April 2021, Maryland became the first state to repeal its law enforcement officer bill of rights, The Washington Post reported.

By contrast, Missouri was the only state to adopt a peace officer bill of rights following Floyd’s 2020 death, according legislative records compiled by the National Conference of State Legislatures .

According to Newsbreak.com, some of the provisions of the bill of rights include:

Although accused police officers can be compelled to give a statement to their employer, that statement cannot be used against them in any criminal case brought against the officer—a result of the Supreme Court ruling in Garrity v. New Jersey (1967).

Conversely, employers would not have to defend an employee “in the event the law enforcement officer is convicted of, or pleads guilty to, criminal charges arising out of the same conduct.”

Millikan, a former police officer in the St. Louis Metropolitan Police Department and attorney for multiple Missouri police unions, says it doesn’t give officers “special privileges” but ensures “due process.”

Every department has different rules and procedures, he added, and the new law “basically just uniforms it across the state.”

Allegations of police misconduct would be closed to Sunshine Law requests, except by court order or lawful subpoena. Millikan explained the rationale behind the law, Newsbreak.com reported.

“It’s no different than any other employment record; employment records are considered personnel matters. That’s not just for police officers, but that’s for really anybody,” Millikan said. “The reason for that is what you do at your job is really not meant for public consumption.”

It’s noteworthy that Gov. Parson is a veteran who served six years in the U.S. Army and also served more than 22 years in law enforcement, including 12 years as the sheriff of Polk County prior to entering state politics.