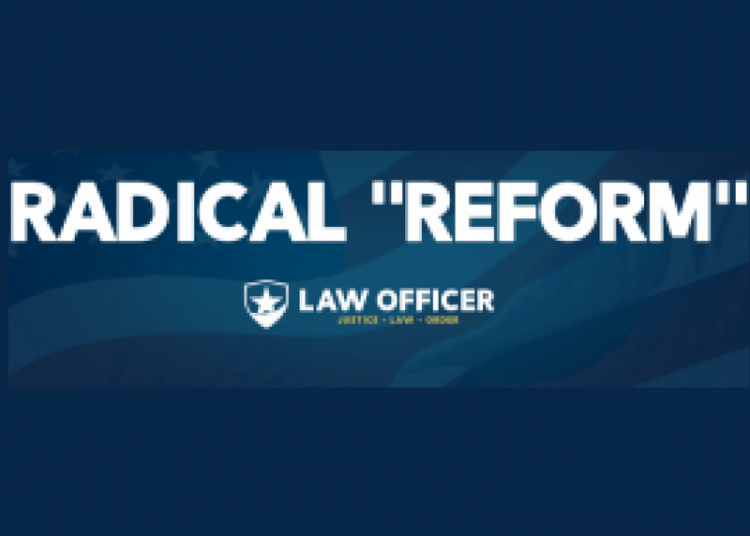 Rarely does anything good happen when politicians get involved in sound law enforcement practices and the state of Washington is about to experience a level of crime that they have never had in the past. For now, the radical police reform law, recently passed by Governor Jay Inslee (D) is causing massive confusion for its vagueness and lack of details within law enforcement agencies across the state.

The new police reform laws, which took effect on Sunday and prompted by the death of George Floyd, has sent law enforcement scrambling to decide what they can and cannot do.

Kent Chief Rafael Padilla said that “When you take the legislation and apply it, that’s when you really learn how effective it’s going to be. The challenge is — I’m going to be very frank — the laws were written very poorly, and the combination of them all at the same time has led to there being conflicts in clarity and in what was intended versus what was written.”

We can’t begin to tell you how dangerous the law is, but officers can no longer use any level of force, including handcuffing, until they have probable cause for a crime. When probable cause is observed, officers must first de-escalate before using force. That means that suspicious behavior and even pre-attack indicators prior to an actual assault or attempted murder on a police officer, cannot be dealt with in a safe manner. That would typically mean handcuffing someone or even grabbing their arm if they refuse to take their hands out of their pockets or reach into a car is off limits.

Now, with any type of force possible after “reasonable suspicion” and cops threatened with prison for doing what every federal court in the country says is legal, cops will have to see potentially dangerous behavior but wait until the higher level of “probable cause” of a crime is observed to begin de-escalation long before they can protect themselves.

None of this complies with any case law passed in the last three decades.

The Executive Director of the Washington Association of Sheriffs and Police Chiefs, Steve Strachan,  said in a statement that “we owe it to the public we serve to be candid and share that we are deeply concerned that some policing reforms may have unintended outcomes that result in increased levels of confusion, frustration, victimization, and increased crime within our communities.”

Those “unintended consequences” have already begun as many chiefs will be forced to no longer respond to any incident that does not detail an actual crime such as suicidal subjects, check the well-being and mental health calls simply to protect their officers from criminal or civil punishment.

The reform also places a restriction on military grade weaponry that would inadvertently ban some less-lethal impact weapons, including the shotguns police use to fire beanbag rounds. The Spokane Police Department and the King County Sheriff’s Department have already turned their less lethal weapons in because of the reform.

Ultimately, the unintended consequences and this ridiculous assault on law enforcement will do three things.

It will drive cops out of the state.

It will hurt and kill more cops.

Crime and violence will peak, killing and hurting more citizens in the state of Washington.

Cops are already fleeing. Seattle has lost hundreds in the last year and the Kent Police Department has lost close to a third of their officers. Many officers throughout the state have taken jobs in Montana and Idaho where we assume they have heard of the United States Supreme Court and there will be more to come.

Ultimately, when all of this happens and it will, who will get the blame?

Will be the Washington politicians that effectively abolished law enforcement without saying it publicly or will they do what they are so good at…deflecting any responsibility for their dangerous actions?

We hope that the citizens are paying attention because their quality of life is about to dramatically change and when it does, they need to know exactly who to blame.