Police Waited Over An Hour To Enter The Classroom 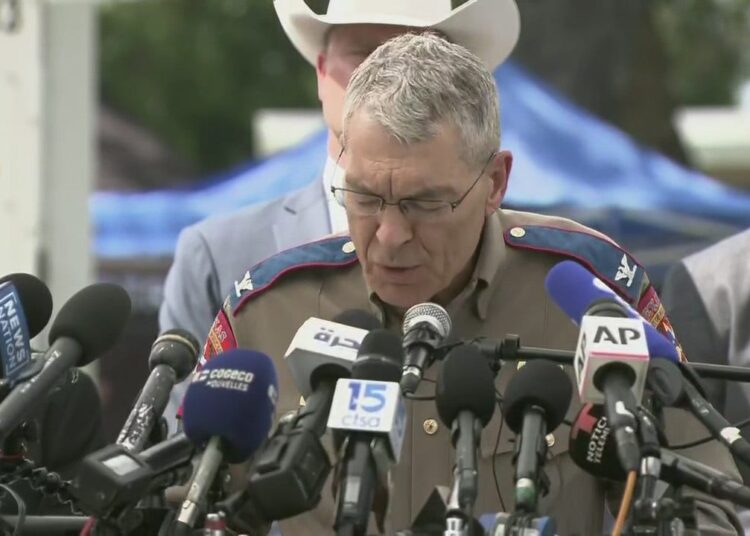 Uvalde, Texas – On Friday, police say that they “made the wrong decision” when they waited to breach the classroom door where a gunman had barricaded himself inside a classroom with children. Col. Steven McCraw, director of the Texas Department of Public Safety, said that the on-scene commander made the call that the carnage at Robb Elementary School on Tuesday had gone from an active shooter situation to a “barricaded suspect” situation.

“With the benefit of hindsight, where I’m sitting now, of course it was not the right decision, it was the wrong decision, period,” McCraw said.

“There was no excuse for that.”

The admission came as police revealed that that 18-year-old shooter Salvador Ramos fired off at least 100 rounds and marched in through an unlocked door that had been propped open by a teacher before he killed 19 students and two teachers.

The New York Post also revealed there were a series of harrowing 911 calls from a teacher and two students while they were barricaded inside with the gunman — with one kid pleading with a 911 dispatcher “please send police now!” The calls were taking place up until Ramos was killed.

The teacher, who wasn’t identified, ended up one of the victims while the two children who placed the calls survived, authorities said.

Police did not enter the room for over an hour according to authorities.

A new, revised timeline of the mass shooting showed officers were on the scene but hesitated to go into the room where Ramos was barricaded because on-scene commander Uvalde Police Chief Pete Arredondo believed the killing had stopped.

Most of the shots were fired in the first four minutes, McCraw said, and Arredondo mistakenly believed it had become a barricade or hostage situation. The only evidence anything had changed was that the shooting had slowed.

“The incident commander at the time believed it was a barricaded subject, they had time and there were no kids at risk,” he said.

“There were 19 officers in there,” he said. “In fact, there were plenty of officers to do whatever needed to be done, with one exception — the incident commander inside believed they needed more equipment and more officers to do a tactical breach at that point.”

McCraw said that police recovered 58 magazines after the mass shooting – including eight combined in the classrooms. Ramos had 1,657 rounds of ammo between what he carried to the site and what was found in his home.

There were at least 35 spent cartridges from law enforcement fire – including 27 rounds found in Room 111, where Ramos was killed.