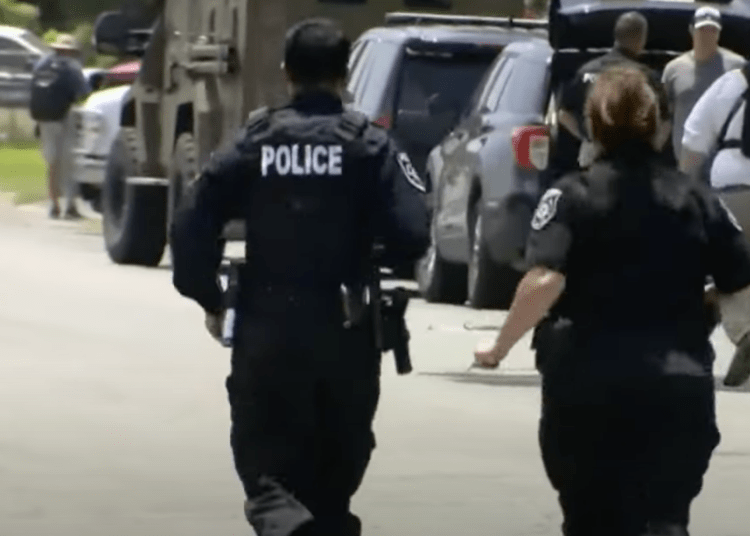 Uvalde, Texas – Multiple law enforcement sources have confirmed that the initial delay in stopping the school shooter was a combination of the suspect’s tactics and the lack of a ballistic shield needed to enter the 4th grade classroom where the suspect was located.

Upon entry, officers began taking fire from the suspect, through the wall. Officers were unable to return fire, for fear that children would be shot or killed. Officers began rescuing children in other areas of there building until access to the room could occur via a key and ballistic shield.

A Border Patrol source with knowledge of the methods used by the team of law enforcement officers to engage the suspect told Breitbart News that the situation became much more difficult to resolve once the shooter barricaded himself in the classroom.

According to the source, officers at the scene who had been trained in advanced tactical procedures located a level IV ballistic shield. This tool allowed them to approach the shooter without immediately being killed.  A United States Marshal Service employee acquired the necessary ballistic shield that ultimately allowed the quickly formed tactical team to enter the building and reach the barricaded shooter.

Police Use of Force Expert Kevin Davis said that “when you have overwhelming firepower, you can overcome the need for certain pieces of equipment.” Citing other law enforcement events, Davis said “Heroes are not born, they are cornered.”
There were certainly plenty of heroic acts on this horrific day. As additional details unfold, law enforcement in Texas and across the country should look at this awful event and learn any lessons that can help the profession in the future.