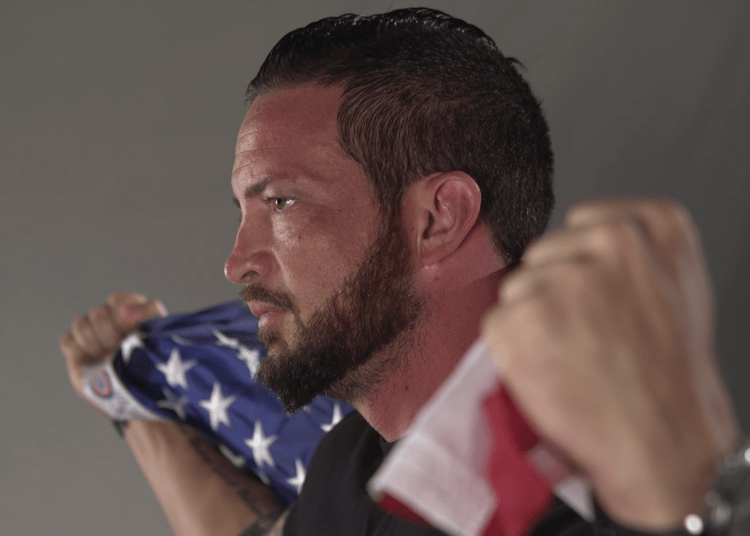 The U.S. Soccer Athlete Council voted Saturday to repeal a rule mandating that players stand for the national anthem, prompting a blistering dissent from one member. Law Officer believes this man is a hero, not only for his service and sacrifice, but voicing opposition to people engaged in virtue signaling to the detriment of humankind.

The council nixed the 2017 rule, called Policy 604-1, in a weighted vote that came out to roughly 71% in favor to 29% opposed. Prior to the vote, the council heard from a handful of anti-repeal voices, including U.S. Paralympian Seth Jahn, who gave a seven-minute monologue in support of respecting the U.S. national anthem, Daily Wire reported.

U.S. Soccer removed Jahn, an Army combat veteran and former Defense Department counterintelligence agent, from the council following his monologue. Reporter Bryan Armen Graham of The Guardian posted a transcript of Jahn’s speech to Twitter in which the Paralympian ripped anthem kneelers and the politicization of sports, as well as argued against liberal talking points of police brutality and systemic racism.

“I’m sure I’m going to ruffle some feathers with what I’m about to say, especially given the athletes council that I’m on, but given the evolution of our quote-unquote progressive culture, where everything offends everybody, those willing to take a knee for our anthem don’t care about offending half of our country when they do so, then I don’t have too much concern in also exercising my First Amendment right,” Jahn began.

Jahn then slammed “politicizing sport” and asserted that allowing athletes to kneel for the anthem is costing U.S. Soccer as well as numerous other sports leagues significant amounts of money that could otherwise be invested in the communities anthem-kneeling athletes claim to be speaking up for, Daily Wire reported.

“First, politicizing sport is the last thing anyone really wants. Why would the general public care to watch a bunch of privileged people politicize their entitlement?” Jahn asked. “It doesn’t take an economics expert to see how recklessly crazy this is regarding our monies and the resources it’s costing in allocating to our athletes, underprivileged areas, and the tremendous opportunities that are squandered for minorities by not nipping this in the bud.”

“I worked in law enforcement in two large agencies alongside my black, brown, white, yellow, red, purple peers, I never once saw a hint of police brutality,” Jahn said. “Does that mean it doesn’t exist? Absolutely not and it’s important to address those atrocities when they manifest, to exercise critical thinking, and to also rebuke the divisive narrative exacerbated by the media in order to garner their ratings as they exploit our emotive state.”

Continuing, the Paralympian then addressed the history of slavery, pointing out that the U.S. is not alone in human history in allowing the practice but fought a Civil War that cost hundreds of thousands of American lives to end it. He also noted that slavery still exists in parts of the world today, Daily Wire reported.

“Where are the social justice warriors and the news journalists there to bring their ruminations to these real atrocities? And yet in all of history, only one country has fought to abolish slavery, the United States of America, where nearly 400,000 men died to fight for the abolishment of slavery underneath the same stars and bars that our athletes take a knee for,” Jahn said. “Their sacrifice is tainted with every knee that touches the ground. It’s shameful and embarrassing.”

“I have draped nine of my brothers’ caskets who died fighting for those oppressed with that same flag that is humiliated every time I see an athlete kneel,” Jahn said, wrapping up his speech. “I want to be clear, I would gladly give my life to preserve every athletes’ right to express their First Amendment right – though I doubt they’d reciprocate the same gesture – but not while representing our country on the pitch. Do that on your own individual platform and I’ll support that all day. I’ll help you.”

“The individual athlete does not speak for every athlete in our federation, yet they represent us all and cost an exorbitant amount of funds that could be allocated to the same communities they say they’re advocating for. Every company in the world has these policies in place to ensure employees do not embarrass or speak on behalf of a mission statement unless in an elected position, so why is it not the same here? After being in staff positions on the senior teams, youth national teams, and a player with the national team, a great number of the biggest in our federation vehemently disagree with kneeling, behind closed doors of course, but they are ostracized for voicing their positions within the team or publicly, which I am not afraid to do. I’ve earned the right. I promised I’d keep their identities concealed, but how do you think this ultimately affects the culture and cohesiveness of the team and their performance? United we stand, divided we kneel. I vote to preserve Policy 604-1,” Jahn concluded.

The vote – 71% in favor with only a simply majority required – directly followed this sensational seven-minute dissent by Seth Jahn, a US Paralympian who is a current member US Soccer Athlete Council. pic.twitter.com/vH4Pc4vkT4

While reviewing this story on several news platforms, Law Officer quickly learned that woke, progressive cancel culture labeled Jahn’s patriotism as “hateful” and “racist.” We’re not going to link to their sites because, quite frankly, the articles are horrible and filled with attacks.

We respect and appreciate Jahn and the courage it took to speak up in defending the United States and our history, along with the truth that hundreds of thousands of soldiers died to end racism. Recreating it in its present day form is caustic and destructive.