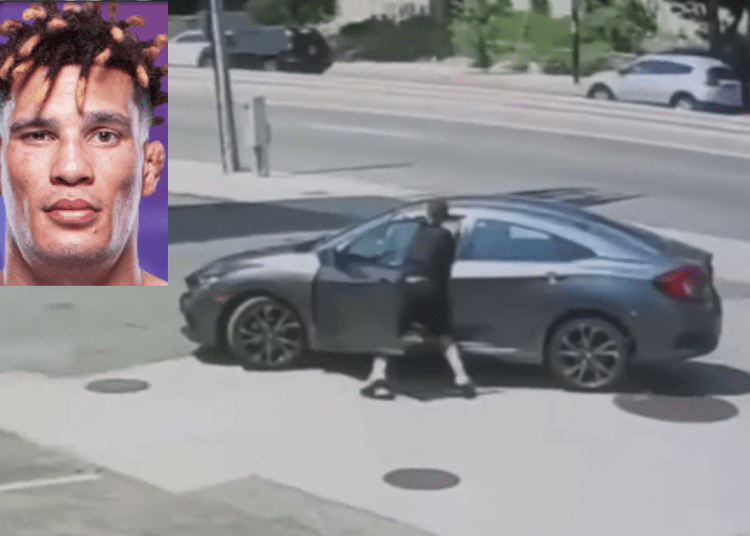 UFC fighter Jordan Williams retrieves his car as a thief tries to make his get away. (YouTube)

DENVER — UFC fighter Jordan Williams had to use his skill and confidence from fighting in the octagon in order to get his car back from a would-be thief, according to reports.

Williams left his vehicle running in a Denver gas station parking lot as he went inside to grab a drink and snacks. When he returned, he witnessed a thief in the process of jacking his car. His fighting skills kicked in as the crook got into the driver’s seat and attempted to back up, ESPN reported.

“At first I couldn’t really believe it,” Williams told the sports news network. “And then I was like, ‘Holy s–t, there’s someone really in my car.’”

Williams, 30, chased after the car, opened the driver’s door and dislodged the suspect using a punch and a few knee strikes to convince the would-be thief to flee. The auto theft suspect appeared in pain as he ran away holding his head, New York Post reported.

“I opened the door and, it’s funny, the first thing I did was throw the stuff I bought on the passenger seat,” Williams said. “And then I proceeded to punch the guy. After the first punch he said, ‘OK, I’m sorry, I’m sorry.’ I was able to get some knees on him, as he was exiting out.”

William obtained the security footage from the gas station and posted it to his Instagram page, claiming the only regret he had was that he didn’t get more training in.

“Wish I would of hit him with the trip after the clinch work when I tossed him out of the whip and finish off with some ground and pound,” Williams wrote on Instagram. “But, I’ll settle with getting my car back.”

Williams trains at Factory X MMA in Denver. After a stint on Dana White’s Contender Series, he was moved up to the big leagues. He is currently 0-2 in the UFC, but 1-0 against car thieves.