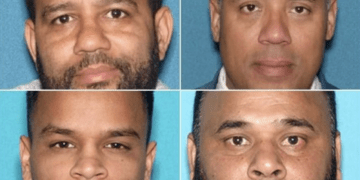 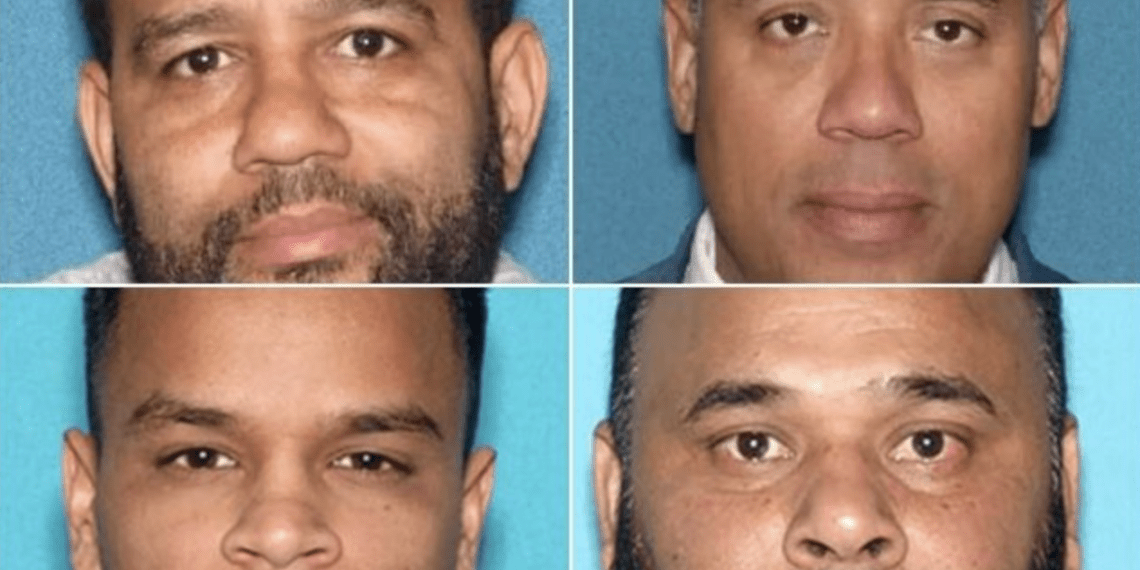 All four men are charged with criminal conduct involving mail-in ballots during the election.  The investigation by the Attorney General’s Office of Public Integrity & Accountability (OPIA) began when the U.S. Postal Inspection Service alerted the Attorney General’s Office that hundreds of mail-in ballots were found in a mailbox in Paterson.  Numerous additional ballots were found in a mailbox in nearby Haledon.  Due to the COVID-19 pandemic, all voting in May 12 elections in New Jersey was done by mail-in ballots.

“Today’s charges send a clear message: if you try to tamper with an election in New Jersey, we will find you and we will hold you accountable,” said Attorney General Grewal. “We will not allow a small number of criminals to undermine the public’s confidence in our democratic process.”

“The residents of New Jersey have a right to free and fair elections, and we will ensure that happens,” said OPIA Director Thomas Eicher. “Our office’s criminal investigations complement a number of other safeguards that New Jersey has implemented to ensure the integrity of our elections.”

As described below, a number of today’s charges relate to the improper collection of mail-in ballots. Generally speaking, a voter who receives a mail-in ballot completes the ballot themselves and then returns the ballot by mailing it, placing it in a specially designated “drop box,” or delivering it to the County Board of Elections. However, New Jersey also allows a voter to provide the completed ballot to a “bearer,” who must complete the bearer certification on the ballot envelope in the presence of the voter and then return the ballot on behalf of the voter.  Under state law, a bearer may collect and deliver ballots for no more than three voters in an election, and a candidate in the election is never permitted to serve as a bearer.

The following four defendants were charged today by complaint-summons as indicated:

It is alleged that Jackson violated state election laws as a candidate by approaching one or more voters in Paterson in the district where he was running and collecting their official mail-in ballots for delivery to the Passaic County Board of Elections.  It is further alleged that these mail-in ballots were delivered to the Board of Elections without information identifying the bearer, in violation of state election laws.  In addition, Jackson allegedly procured and had in his possession more than three official mail-in ballots which were neither his own ballots, nor ballots for which he was identified as an authorized bearer.  Lastly, Jackson allegedly received the official mail-in ballot of one voter without the ballot having been voted or sealed, and that ballot was subsequently delivered to the Board of Elections in a sealed envelope without information identifying the bearer.

It is alleged that Mendez violated state election laws as a candidate by approaching one or more voters in Paterson in the district where he was running and collecting their official mail-in ballots for delivery to the Passaic County Board of Elections.  It is further alleged that these mail-in ballots were delivered to the Board of Elections without information identifying the bearer in violation of state election laws. In addition, Mendez allegedly procured or submitted one or more voter registration applications, which he knew to be false, fictitious, or fraudulent, in that he knew the person for whom the application was procured was not eligible to vote in the election district identified on the application.

Khalique allegedly violated state election laws by approaching a residence in Paterson’s 2nd Ward and collecting official mail in ballots from one or more voters which subsequently were delivered to the Passaic County Board of Elections without information identifying the bearer. In addition, Khalique and the bus company he owns, A-1 Elegant Tours, Inc., d/b/a Eastern Star Transportation, LLC, were charged today with contract fraud and other crimes in a separate investigation by OPIA, the New Jersey State Police, Essex County Prosecutor’s Office, and Passaic County Prosecutor’s Office.

It is alleged that Razyen violated state election laws by procuring and possessing more than three official mail-in ballots which were not his own and for which he was not identified as an authorized bearer.  Investigators obtained a USB drive containing a video of Razyen holding and flipping through a stack of more than three official mail-in ballot outer envelopes that did not have the bearer portion completed.  The video confirmed that Razyen had collected the mail-in ballots.

The charges are merely accusations and the defendants are presumed innocent until proven guilty.

About the Office of Public Integrity & Accountability (OPIA)

The investigation was conducted by prosecutors and detectives in the OPIA Corruption Bureau, under the leadership of OPIA Director Thomas Eicher.  Deputy Attorney General Eric C. Cohen is prosecuting the case, under the supervision of Corruption Bureau Chief Peter Lee and Counsel to the Director Anthony Picione.

Attorney General Grewal created OPIA in September 2018 to combat corruption and strengthen public confidence in government institutions.  In December 2019, the Attorney General issued a directive codifying OPIA and making it a permanent part of the Attorney General’s Office.  That directive established the OPIA Corruption Bureau as the lead office within the Department of Law & Public Safety for the investigation and prosecution of state criminal violations involving corruption and abuse of public trust.

OPIA has a toll-free Tipline 1-844-OPIA-TIPS for the public to report corruption.  The Attorney General’s Office has an Anti-Corruption Reward Program that offers a reward of up to $25,000 for tips leading to a conviction for a crime involving public corruption. Information is posted at: http://nj.gov/oag/corruption/reward.html.

About Elections in New Jersey

In New Jersey, the Secretary of State serves as the chief election official. For information about measures taken by the Department of State’s Division of Elections to address voting during the COVID-19 pandemic, visit: https://nj.gov/state/elections/covid-19-resources.shtml.

The May 12 municipal elections were conducted pursuant to New Jersey election law and Executive Order No. 105 (2020). Residents with concerns about voting and elections are encouraged to call the Division of Elections at its Voting Information & Assistance Line: 877-NJVOTER (877-658-6837).