“As sheriff, I saw these two deputies as young, ambitious, and a great compliment to my already amazing group of professionals,” Mascara said.

“To the general public, and sometimes even myself, it’s easy to view law enforcement as superhuman … but let’s not forget that they’re human just like us.” 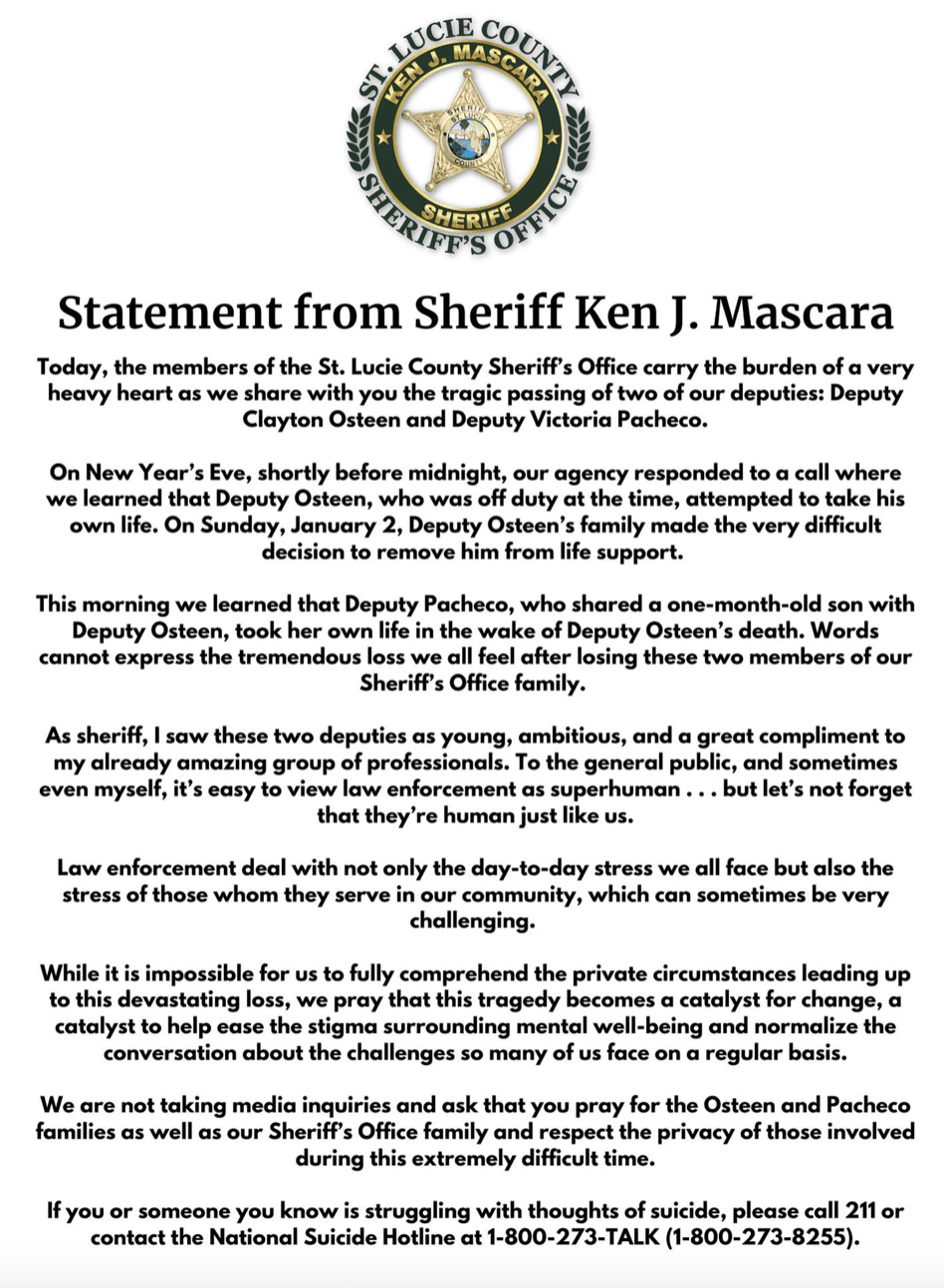 The New York Post reported that the sheriff’s office responded to a call at just before midnight on New Year’s Eve and found that Osteen, who was off-duty, had tried to kill himself. His family removed him from life support Sunday, Mascara said.

On Tuesday, the sheriff’s office learned of Pacheco’s suicide, although the sheriff didn’t specify when she died.

“While it is impossible for us to fully comprehend the private circumstances leading up to this devastating loss, we pray that this tragedy becomes a catalyst for change, a catalyst to help ease the stigma surrounding well-being and normalize the conversation about the challenges so many of us face on a regular basis,” Mascara said.