They Were Both Struck By Lightning 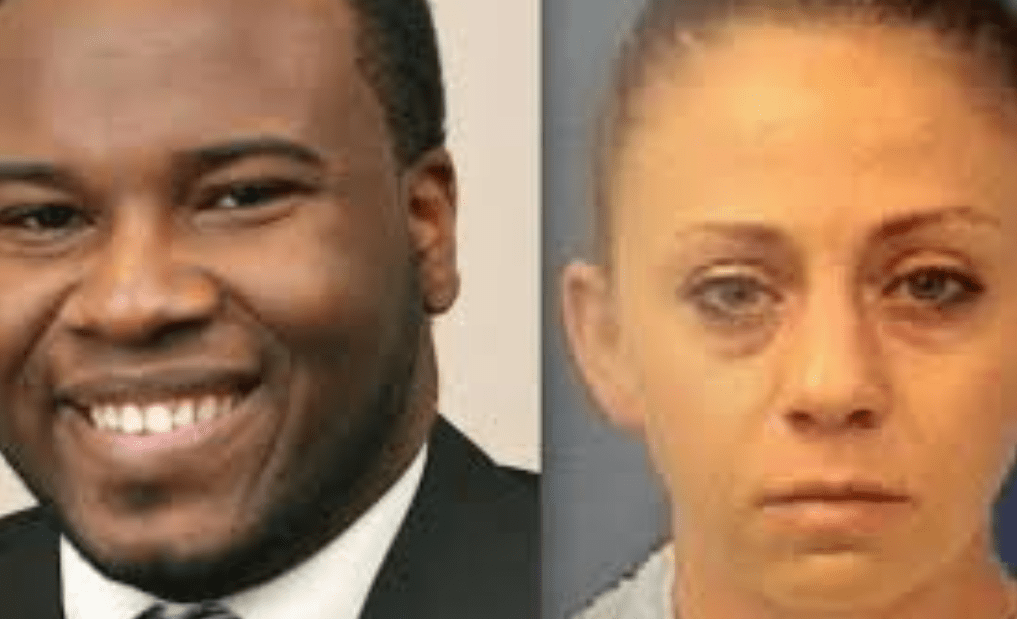 Editor’s Note: Last week, in one of the most bizarre incidents we have ever seen, a Dallas Police Officer returning home from a 14 hour shift entered the wrong apartment and shot a man in that apartment because she believed someone was inside her own apartment. She has been arrested for manslaughter and Detective Whitaker weighs in on the issue. There remains much that we do not yet know but among all of the emotion and unfortunate cries of racism, the below commentary is appropriate.

This is not legal advice of any kind. This is my opinion based on the limited information given from the arrest affidavit.

Per the statute’s language, mistake of fact is a defense ONLY if the defendant forms a REASONABLE BELIEF that affects the CULPABLE MENTAL STATE.

IF THE MISTAKEN BELIEF AFFECTS SOMETHING OTHER THAN THE CULPABLE MENTAL STATE, THE DEFENSE DOES NOT APPLY.

In the current situation, Guyger knew she had a gun and she knew that her gun could cause death if she used it. She intentionally and knowingly used her gun. The culpable mental state for murder is intentionally or knowingly. There was no mistake in that fact. Guyger’s mistake applied to the circumstances surrounding her intended act. She believed she was home and had the right to legally shoot an intruder, but she was wrong. To have a justifiable mistake of fact defense, she could not have knowingly or intentionally shot Botham.

The mistaken belief must be related to culpability and not a mistake about whether the defendant knew the conduct was illegal.

The court stated that all that evidence only showed that he honestly believed his conduct was legal WHEN HE COMMITTED THE OFFENSE. The court denied his mistake of fact defense because it was not a mistake of fact as it relates to his culpable mental state, but of his belief in the legality of his conduct at the time of his actions.

In the current situation, Guyger didn’t believe her conduct to be illegal WHEN SHE SHOT BOTHAM. She thought she parked on the appropriate floor of the parking garage, she thought she put her key in her door, she thought her door was slightly open, she saw a silhouette inside of her residence and she knew that the law allows her to shoot an intruder in her home without asking any questions. All that evidence can show that she honestly believed her conduct was legal WHEN SHE COMMITTED THE OFFENSE. Her argument/evidence shows that she was mistaken in the circumstances surrounding the incident, but not of her intent to shoot her gun at Botham.

In Maupin v. State (930 S.W. 2d 267, 268 Texas), Maupin was roommates with an elderly woman 30 years older than him. They did not get along with each other and were ceasing their arrangement. The elderly lady waited until he left the residence, so she could call her daughter to help her move out of the house. While they were moving, Maupin returned home and accused them of burglary. Maupin threw and pushed the elderly lady on the floor several times, causing bodily injury. He was charged with injury to an elderly person. Maupin attempted to claim a mistake of fact defense because he believed that the two were burglarizing his home.

For his mistake of fact claim to be valid, Maupin had to provide evidence that negated the intent to cause bodily injury to an elderly person. He only provided evidence that he thought he was being burglarized. He should have provided evidence showing that he was mistaken that the amount of force he used would cause the resulting injury.

IF THE MISTAKEN BELIEF AFFECTED SOMETHING OTHER THAN THE CULPABLE MENTAL STATE, THE DEFENSE DOES NOT APPLY.

The Texas Ranger’s affidavit listed several Guyger-friendly evidentiary statements explaining why she reasonably believed she was the victim of burglary. None of that evidence explained that she did not intentionally or knowingly shoot him. She can list 100 reasons why she thought she was doing the right thing, but for the mistake of fact defense to apply, she must prove that she didn’t intentionally or knowingly shoot him or that she didn’t know that shooting him could possibly cause his death. That’s almost impossible under the circumstances given.

IF THE MISTAKEN BELIEF AFFECTED SOMETHING OTHER THAN THE CULPABLE MENTAL STATE, THE MISTAKEN FACT DEFENSE DOES NOT APPLY.

In this situation, Guyger intended to shoot Botham and she understood that shooting Botham could cause his death. Her mistake, no matter how genuine it may have been, involved believing she had the right to protect her home, not a mistake in her intent to cause a certain result.

IF THE MISTAKEN BELIEF AFFECTED SOMETHING OTHER THAN THE CULPABLE MENTAL STATE, THE DEFENSE DOES NOT APPLY.

If Guyger would have said that she thought her gun was fake or if she thought it was unloaded, she could have a better argument to claim mistake of fact as a defense because that would provide more evidence that she did not have the culpable mental state to intentionally or knowingly kill him. It still wouldn’t be a likely defense because no one would believe that an officer, in full uniform, would have a gun in her holster that was fake or unloaded. (6 Tex. Prac., Texas Criminal Law § 6.3 (2d ed.)

Guyger’s conscious objective was to shoot Botham. Guyger was aware of the nature of her conduct and that it was reasonably certain to cause the result.

Texas Penal Code § 19.05 Criminally Negligent Homicide S/J
A person commits the offense if she causes the death of an individual by criminal negligence

Criminal Negligence – she OUGHT TO BE AWARE of a substantial and unjustifiable risk that the circumstances exist or the result will occur. The risk must be of such a nature and degree that the failure to perceive it constitutes a GROSS DEVIATION from the standard of care that an ordinary person would exercise under ALL the circumstances as viewed from the ACTOR’S standpoint (Texas Penal Code §
6.03)

Regardless to how many people feel, I can’t say that her actions were a gross deviation from the standard of care of an ordinary person considering ALL circumstances from her perspective. There is definitely an argument for this one though.

Texas Penal Code § 19.04 Manslaughter F/2
A person commits the offense if she recklessly causes the death of an individual

Recklessly –  AWARE of but CONSCIOUSLY disregards a substantial and UNJUSTIFIABLE risk that the circumstances exist or the result will occur/ the risk must be of such a nature and degree that its disregard constitutes a GROSS DEVIATION from the standard of care that an ordinary person would exercise under ALL the circumstances as viewed from the ACTOR’S standpoint (Texas Penal Code § 6.03)

I don’t think this was manslaughter. No matter how people feel, I don’t think she was aware of the mat, considering how tired she was and etc. Every week, I get off on the wrong floor at work and pass several indicators before I realize what happened. Everyone has been extremely tired, but an extremely tired officer is different. During most jobs, a person’s life doesn’t depend on being alert every second of your work day. When an officer’s work day is extended, the officer typically operates in a space of hyper-awareness and that isn’t normal to maintain a high level of hyper-vigilance for extended periods of time. It is easy to dismiss a tired claim because we have all been there, but it is different for an officer. There could still be an argument for this one.

She allegedly didn’t live there long and if a person’s mind is exhausted and/or preoccupied, it makes sense for someone to miss a door mat. I missed a suspect standing next to my window because I was focusing so hard on trying to locate the proper address. I couldn’t believe it, but it happened. I definitely don’t think she consciously made the decision to engage in this activity. It makes no sense for a uniformed officer to purposely park on the wrong floor, select the exact same door, just on the wrong floor, and murder someone in the same place that she lives, steps away from the police headquarters. It is possible, but it just doesn’t make much sense.

Based on the arrest affidavit, I don’t think this was intentional. I think this was a horrendous tragedy. Both Botham and Guyger were struck by lightning. Botham did absolutely nothing wrong.

If more information comes out, this opinion can change. No matter what she claims, I don’t think there is a legitimate way out of this bizarre situation. I spent a significant amount of time trying to locate a case with similar facts and I could not find one.

According to the Texas Penal Code, I think murder is the most fitting charge and I don’t think she has a mistake of fact defense.