The Punisher: A Simple Test To Protect You! 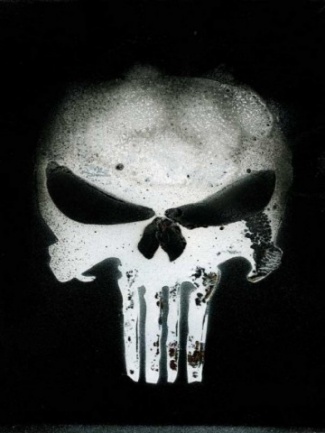 The Punisher originated as a Marvel Comic book character created during my adolescent years in the 1970’s. Having read many of the comics in my youth, and I think I’ve seen all the versions of the movie, the character has always had one constant, recurring motivation: dishing out “justice” as he sees fit. While serving as a self-appointed judge, jury, and executioner, he often violently punished those who had broken the law.   This premise and plot line makes for good comic books and movies. However, in the real world, trying to follow his example can and will land you in your Internal Affairs Office, in civil and/or criminal court, and even in prison.

In one of Dave Grossman’s presentations I saw probably fifteen + years ago, he made a very profound statement that will hold true until the end of time.  While the years have faded his exact wording, the message he conveyed is still rock solid. He stated something to the effect of: If there ever was a time where it was a policeman’s job to dispense street justice, that time has passed. Being fifteen years later, “that time” has passed even further.

Which brings us to a simple test to help you determine if the force you are about to use is lawful. While it doesn’t address all facets of the justifiable use of force, it does address a prevailing factor that’s guaranteed to jam you up if the answer is wrong. Ask yourself this question before using any level of force. Am I going to do this to control an otherwise uncontrollable person, or am I doing this to punish the offender? If you’re using reasonable force to control, within the law and your agencies policies, you’ll do OK. If you’re using any level of force to punish, you’re committing an unlawful act which may be subject you to severe penalties under your Department Policies, State Statutes, and Federal Civil Rights laws.

It’s our job to arrest criminal suspects and bring them before the court, preferably with their cooperation.  If they resist, pursuant to Graham v. Connor, it’s our job to control and apprehend them through the use of reasonable force. In the Graham case, the United States Supreme Court noted that: “Our Fourth Amendment jurisprudence has long recognized that the right to make an arrest or investigatory stop necessarily carries with it the right to use some degree of physical coercion or threat thereof to effect it. See Terry v. Ohio…” They also specified within the case that force used must be objectively reasonable.    To clarify, the US Supreme court states that reasonable physical coercion, or threat thereof, may be used to effect the arrest.

However, No matter what an offender did or how much they truly “deserve” it in anyone’s opinion, it is never our job to punish an offender. If you know that the force you are about to use is intended to punish the offender rather than to establish control, don’t you think that your superiors, the public, and/or a jury will know that as well?

It’s my best guess that most officers that read this already understand and adhere to my advice. Nevertheless, a few departments have “that guy” that just doesn’t get it. If you know “that guy,” do us all a favor.  Print a copy of this article and place it in his mailbox. And if you found the copy of this article you’re reading in your mailbox, you might want to heed this advice before you do something that ruins your life, and tarnishes your department’s reputation.