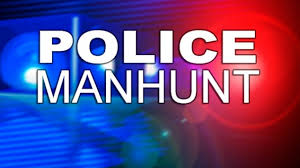 byWilliam Gage
Share and speak up for justice, law & order...

The manhunt is over. The search for David Sweat and Richard Matt came to an end as a New York State Trooper found, shot and apprehended David Sweat. The search for the two prison escapees involved more than 1,000 law enforcement officers from local, state and federal agencies. How two men, with little to no survival training, were able to escape from a maximum security facility and elude more than 1,000 law enforcement officers for three weeks will be the subject of what will most likely be multiple investigative reports from many state and federal agencies. A review of open source materials and news accounts about the search and arrest for Sweat and Matt reveal three key findings for law enforcement.

Technology Is Great … Humans Are Better
I had a professor in college tell me once that “computers make mistakes, humans don’t.” It took me years to fully grasp what he was saying. A computer can sort and process enormous amounts of data in minutes that in some cases would take a human, or teams of humans, days or weeks. The search for Sweat and Matt most likely involved cellular telephone tower pings, satellite imagery, and possibly reconnaissance drones. There were also most likely computers used to analyze some of the satellite imagery to determine any possible human sightings in the rugged terrain. However, what ultimately found both prison escapees was the human mind.

The respective capture and killing of Sweat and Matt involved a human using reasoning and taking action. Humans have done this since the dawn of time. A computer may be able to calculate date much faster, but a computer cannot use reason to recognize suspicious circumstances and decide that something doesn’t look or feel just right. Only a human can do that. The capture of Sweat and Matt involved a human looking at some suspicious circumstances and deciding that something about it just doesn’t look right, and that there was a need for further investigation. Tell a computer to do that.

The Way of the Gun
There has been a tremendous debate recently in our country regarding the police and the use of firearms. Some have even called for the disarming of the police in the United States. These individuals have compared police in the U.S. to England and argued that we should be more like the British police. Others have also argued that we should ban firearms all together in this country.

The debate over gun control belongs in another forum. Regardless of your stance on gun control however, it must be acknowledged that both Sweat and Matt were stopped by police officers with guns. No amount of talking or reasoning with those two would have convinced them to surrender.

In the movie A Few Good Men, Jack Nicholson’s character says, “Son, we live in a world that has walls. And those walls have to be guarded by men with guns.” The walls he mentions are the laws of our country. Those laws must be enforced by a selected, and chosen armed few, sworn to uphold the law, that can when necessary, uphold the law with force. And that force will always involve guns until technology advances and we have very powerful less lethal weapons.

It Begins and Ends With Patrol
What do Charlie Hangar, Jeff Postell and Jay Cook all have in common? They all were/are patrol officers that captured fugitives that had eluded thousands of local, state and federal law enforcement officers. Charlie Hangar captured Timothy Mcveigh for a minor traffic infraction, but arrested him after noticing suspicious behavior. Jeff Postell captured Eric Rudolph after Rudolph had successfully avoided capture for several years. These officers were out doing what patrol officers do around the United States every day.

American policing has changed tremendously in the past 100 years. Police officers are now equipped with computers in patrol cars, body cameras, and other advanced technology. There are also modern trends in American law enforcement such as evidence based policing, community policing, and predictive policing. However, the need for an officer on the beat, with a badge, handcuffs and a gun has not changed. Regardless of trends and technology, there will always be a need for officers to be out in the community answering calls for service and enforcing the law.

Conclusion
The search for Matt and Sweat cost millions of dollars. Advanced technology was employed by local, state and federal agencies. Yet, what brought Sweat and Matt to their ends was a police officer with a badge and a gun. Recently, some in the media and the public have been highly critical of law enforcement, and our actions. Everything we say and do, both on and off the job, has been heavily scrutinized. And some senior members of our agencies have been wooed by advanced forms of technology. However, I think it is important to remember that there still is a need for a police officer, with a gun, handcuffs, and badge, to be on patrol in our communities. I am damn proud to wear the badge. And I am proud to stand beside those in our community such as Trooper Jay Cook.

Share and speak up for justice, law & order...
Tags: ColumnistexclusiveLeadership