The Juice Gets Parole 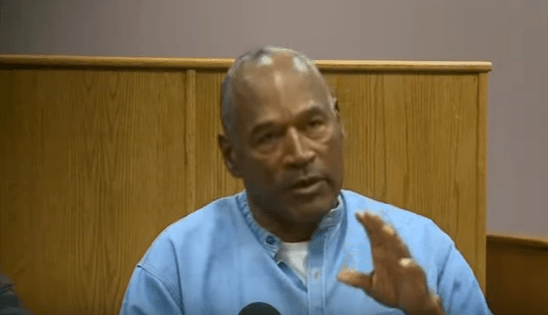 Former NFL star O.J. Simpson was paroled during a hearing in Carson City, Nev. Thursday, after a unanimous vote by a four member commission.

Simpson appeared in good spirits as the hearing began at 1 p.m. EST. He smiled, laughed, nodded and interacted pleasantly with the parole board throughout Thursday’s proceedings.

Simpson, now 70, has spent the last nine years in a medium-security prison in Nevada. Prison officials say he has kept a low profile in jail, and describe him as a model prisoner.

The parole board noted he had not been disciplined by prison officials during his sentence, and had voluntarily participated in extensive rehabilitation programs. On the basis of these factors, the parole board concluded his overall profile put him at a low risk of recidivism.

Share and speak up for justice, law & order...
Tags: Legalparole