The Importance of Service 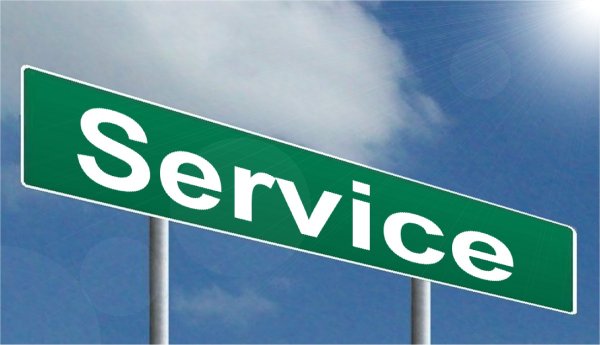 Few words are more associated with the profession of policing than “service.” In fact, many, if not most departments around the country incorporate service into their mission statement and often place the word proudly on the side of their patrol cars. The reason is really quite simple: service is the core of policing.

Service is much more than “just doing your job.” It takes conscious, ongoing commitment. The autonomous nature of policing means that those who wish to avoid work can often do so. In other words, it’s often easy to be lazy and non-productive.

Most of you just thought of someone who is known for doing the minimum (or less). For a few of you, that person shows up each time you look in the mirror. If that’s the case, you’re the only one who can change that situation and it’s never too late to do something about it.

In parts of our country, law enforcement personnel are well compensated with generous benefits. Training is frequent and often comes with the covered costs of travel, hotel stays and per diem. For some, this has led to a sense of entitlement and attitudes of, “I’ll train or develop a new skill when I’m paid to do it.” For others, the thought of investing one’s own time or money to train is not even a consideration. Candidly, this self-centered elitism is not worthy of those who truly understand and embrace the concept of service.

After Hurricanes Katrina and Rita devastated many areas of Louisiana and Mississippi, I had the honor (truly) of working with multiple agencies as they struggled to get back on their feet. I will forever remember a sobering conversation with a small town police administrator two years after Katrina flattened his town. Outwardly, the department was looking good. Their facility had been rebuilt and the mismatched patrol cars that had been donated by agencies around the country had been replaced with matching vehicles with stylized graphics. When I commented on the new “improved” look, the administrator hung his head and mentioned that Home Depot had recently opened in town.

I thought this was a good thing (rebuilding, sales tax revenue, etc.) but I soon learned otherwise. It took some prodding but the police veteran eventually confided that the starting wage at Home Depot was significantly higher than the wages paid by his department. He noted that Home Depot also provided good benefits, paid sick days, no graveyard work and was closed on Christmas and Thanksgiving. His officers had none of those perks and, understandably, some had left the agency. I was stunned.

There are several areas of our country where wages are low, benefits are sparse and sponsored training is non-existent. Officers must use their own time and money to improve their skills. Often, they’re required to purchase their own equipment and drive patrol cars with miles beyond what the manufacturer ever intended. Those who do a lifetime of service in these areas are to be commended and respected. They are truly serving their communities. It has been my observation that those who have less often do more and with a greater sense of purpose.

Ten years ago, when we first discussed starting Law Officer, service was established as a core value and my first editor’s note was entitled “In Service.” In that first column, I commented on the diversity of environments and methods of policing in our country. Since that first issue, I’ve had the honor of engaging with thousands of officers across our great country. From Alaska State Troopers to the NYPD Real Time Crime Center; from the swampy bayous of Calcasieu (La.) Parish Sheriff’s Office, to the barren southern deserts patrolled by the U.S. Border Patrol, I’ve always been impressed with the sheer determination to get the job done-to serve-no matter the environment or the challenge.

This will be my last editor’s note for Law Officer. It’s time to take on some new challenges and embrace other ways to give back. It’s been an honor to serve those who stand in the gap for others. Stay safe out there and may God bless you and the family who supports you.