There are several reasons for reasonable doubt 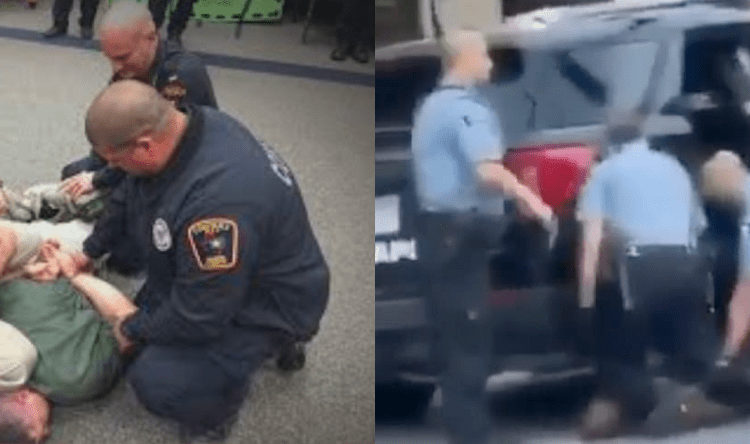 Whatever they jury may decide in the trial of Derek Chauvin, there are clearly several reasons for reasonable doubt.

1.  The restraint used by Chauvin is permitted and trained by the Minneapolis PD.  Immediately following the incident, city and state officials tried to conceal the use of force policy that was in effect at the time. But the internet is forever.  The use of force policy was found online and therefore could not be buried. The department’s use of force instructor testified that the technique used by Chauvin and the other officers was an approved technique. He also testified that officers are taught that if a subject can talk, he/she can breathe. Even the police chief had to concede to the technique on the stand.  Along with the use of force instructor, a medical training instructor took the stand and testified that the members are trained to spot excited delirium.  Law Officer has posted frequently about this phenomenon and specifically that the only way to combat it from a police standpoint is with unrelenting restraint on the subject.

2.  There was zero strangulation.  We’ve been told that George Floyd was choked to death for close to a year now.  The state started proceedings with the goal of proving this point.  About halfway through their 11-day presentation, the state changed direction and attempted to claim that his carotid artery was interfered with which caused his death.  They based all this on a witness who claimed to be an MMA fighter.  Although listening to any portion of his testimony made it obvious that he probably couldn’t even spell UFC.  This witness for some reason did not have to prove he was an expert in any field but the judge permitted his testimony. When later it was proven with the prosecution’s own witnesses that the carotid artery was never touched at any point, the state changed direction once again this time claiming that the pressure on his back caused him to asphyxiate.  But their medical examiner stated that there were no signs of trauma to the neck and back. Not even a simple bruise.  Their own medical witnesses also testified two carotid arteries exist and that both would need to be blocked to cause death.

3.  The state insisted that the best witness, Morries Hall, not testify.  Hall was seated in the front passenger seat of Floyd’s vehicle.  Hall expressed concern that he could be charged with Floyd’s murder should he incriminate himself.  Why? It has been argued that Hall sold Floyd the narcotics that he attempted to swallow as police approached. Those pills were later found partially chewed in the rear of the police vehicle with Floyd’s DNA and saliva on them.  The pills tested positive for a mixture of fentanyl and methamphetamine. Floyd’s girlfriend testified that the couple bought drugs from Hall in the past and that on the most recent occasion, what Hall sold them caused serious complications for her and sent Floyd to the hospital for an overdose.  There are two reasons the state did not want him to testify.  One being that narcotics definitely played a role in Floyd’s death and the state did not want that doubt placed in the minds of the jurors.  The second being that two people can’t be charged with the same murder unless a conspiracy is proven.  So unless the state believes that Hall and Chauvin got together prior and planned Floyd’s death, no sale.  If there is a chance that Hall can be charged in Floyd’s death, Chauvin can’t be.  The state succeeded in keeping Hall off the stand under his 5th Amendment privileges.  They could have granted him immunity.  This goes way beyond reasonable doubt.

4.  The autopsy report: George Floyd died of heart failure.  A lot has been made by the state in this case regarding the classification of homicide as the manner of death.  Homicide does not mean murder.  The prosecutors know this but they also know that this trial is based largely on emotion.  They made a point to mention the word homicide repeatedly.  The problem is that the state’s own Medical Examiner testified that Floyd died due to heart failure.  Yes he said stress brought on by the struggle with police caused Floyd’s heart to pump rapidly.  But he also listed narcotics use as contributing factors.  Fentanyl found in Floyd’s system contained up to four times the amount known to kill humans.  Fentanyl essential puts the lungs to sleep.  So why didn’t Floyd look sleepy like a typical opiate overdose?  Because he also had methamphetamine in his system.  Methamphetamine spikes the heart rate.  So while his heart and mind were racing, his lungs were coming to a complete stop.  The state was so concerned that their very own Medical Examiner didn’t “play the game”, that they produced three medical expert witnesses to discredit him.  This is unprecedented.  The defense is supposed to rebut and discredit the state Medical Examiner. Not the state.  In this trial, prosecutors essentially said “yeah…. we know the Medical Examiner usually has the final say.  But we want you to ignore him.  Just this once.  But take his word as gospel during all trials going forward”.

5.  Narcotics killed George Floyd.  The state’s medical “experts” tried telling us that high doses of street made fentanyl are fine.  That street made methamphetamine is ok for human consumption.  That severe heart disease is overrated.  That high blood pressure is actually a good thing because it forces the heart to work harder thereby growing the muscle. They actually testified to this with a straight face.  Seriously? This should be very easy for the defense to discredit during closing arguments.  Half the jurors are probably on blood pressure or cholesterol medication.  Everything we’ve ever been taught about human health is apparently a lie? A child knows how ridiculous this argument is.  How do we know that fentanyl was causing respiratory distress in Floyd?  Because when he was standing on the sidewalk, he told the officers that he was having trouble breathing.  When he was in the rear of the police vehicle, he stated that he couldn’t breathe several times.  All this before police placed him on the ground.  His lungs were shutting down before police placed a hand on him.  He mentioned claustrophobia while in the rear of the police vehicle but prosecutors made no attempt to prove he had claustrophobia.

So while the prosecution, pandering politicians, and so many others want to ignore the facts and reasons for doubt, there are a few other key facts to consider, which the prosecutor conveniently failed to mention. So following the prosecutor’s style and rhetoric, let’s consider that…

If George Floyd had followed simple commands and gotten into the police vehicle, he’d be alive today beyond any reasonable doubt.