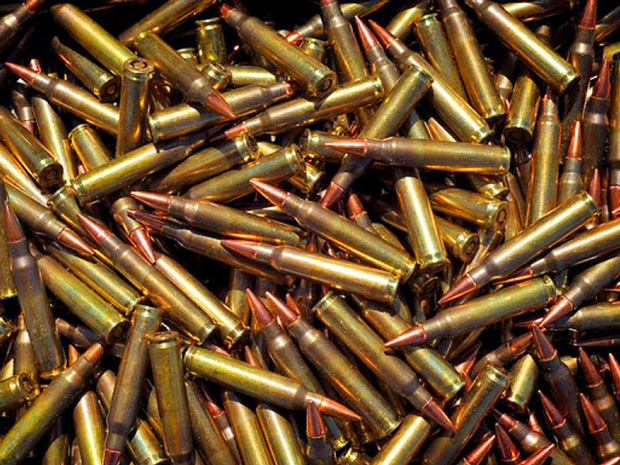 Recent events call for a review of the choice of street ammunition for the police patrol rifle. Why concern ourselves with such specialized information? A bullet is a bullet, and if we do our part in terms of aimed fire, what difference does it make? Answer: It can mean the difference between winning and losing the fight for life.

As Sergeant Phil Messina (NYPD ret.) of the Modern Warrior training group has taught us, you have only so much time in a fight to do something productive to defend your life and stop the threat. In that wedge of time, your actions will either prove effective, or you allow the offender the opportunity to use that time against you.

As Messina so ably teaches, you can’t buy time back in a fight. This is why we must not make choices in tactics and gear that relinquish time to the offender.

In several recent gunfight incidents, the ammo chosen for the patrol rifle mission was reportedly unable to penetrate the sheet metal or glass of the offender’s auto and effectively strike the criminal shooter. The bullet came apart after hitting metal and glass, and the remaining fragments had no effect in stopping the attack. Not surprising, because the officer was using ammunition that wasn’t designed for this type of fight.

A number of bullet designs address different tactical needs, and the street fight requires barrier penetration. Firing multiple rounds at the active shooter with no effect due to the wrong choice of ammunition is an example of the time vs. effect equation as taught by Messina. Critical time and opportunity was lost to no good effect, and the gunman continued to fire on officers.

As the training cadre for Illinois’ Mobile Training Unit #3, we demonstrate this point in every Patrol Rifle Instructor class we conduct. Using the IWBA/FBI ballistic gelatin protocols, we shoot various bullet types against multiple barriers so officers running their agency’s firearms training gain a first-hand understanding of terminal ballistic performance. Most have never seen this testing nor even know of its existence. Using barriers that range from heavy clothing and soft body armor to auto glass and sheet metal, testing either validates the ammo choice or shows why it will fail at the most vital moment.

Other than testing in some consistent and validated manner, how is duty ammunition chosen, and by whom? In some cases, the department’s choice was made by those in command who lack ballistic knowledge and expertise but were convinced they must avoid excess penetration due to liability concerns. Of course, the greatest liability is officers and citizens exposed to gunfire without officers having the means to put an end to it. Knowingly choosing less-effective ammunition due to unfounded fears is the same as setting up patrol cars so that officer’s speed is restricted to 50 mph. It makes no sense.

As revealed by extensive testing of police-duty ammunition by the FBI, the vast majority of .223-caliber ammo fails to make anywhere near the penetration level needed to deliver effective wounding capability across all testing parameters. With lightweight varmint-type bullets, this is true where no intervening barrier exits other than clothing or even bare skin.

Considering that many of the deadly force events that take place involving patrol and SWAT occur on the street, we must focus on equipping officers with ammunition that’s ballistically effective in overcoming violent offenders located in and around autos. The bullet must defeat the barrier in front of the shooter, not fragment and break into lightweight pieces, and retain sufficient velocity to penetrate and strike vital organs and blood vessels deep in the offender’s body, causing immediate or rapid incapacitation.

Making the Choice
To determine what you need, you must know what you want. Consider where and under what conditions you expect to meet deadly force threats. Then study the information from the ammunition manufacturers and FBI.

For this review, I will focus on the most common patrol-rifle caliber, the .223 Remington (also designated 5.56mm by the military.) This is the caliber of choice nationwide and has been used by the military since the mid-1960s.

Common .223/5.56mm bullet loads range from 40 77 grains and come in a number of designs. Unlike the military, law enforcement isn’t restricted by bullet type. We can choose between full metal jacket, hollow point, soft point, frangible or open tip match. Of those choices, we can choose from bullets designed with light jackets and soft lead cores, or the type classified as barrier penetrators with tough jackets and hard lead-alloy cores or a single formed alloy.

The difference is vital for the police mission. Light-construction bullets universally fail to get through intervening barriers such as sheet metal and glass with sufficient bullet weight remaining to have any effective wounding capability.

Penetration into ballistic gel by bullet fragments of very light weight seldom see the fragments go deeper than 5 6 inches. The photo on the left shows what looks like a shotgun blast to the face of the ballistic gel block. In fact, it’s the result of firing a Hornady TAP round through auto glass. This fragment spread is typical of the lack of penetration performance from any of the traditional 55-grain soft or hollow-point .223-caliber bullets after striking a hardened surface such as tempered auto glass.

In its written materials (www.hornadyle.com/_img/hornady_tap_report.pdf) Hornady describes its 55- and 60-grain TAP rounds as offering “rapid expansion, high fragmentation, and low retained weight.” Their description is on the money, and when an officer needs reduced penetration, this may be the right choice. It’s not what you need on a street mission, however.

Full metal jacket types such as the 55-grain XM-193 do somewhat better, but as seen above, they also break apart on impact with bare gel. On sheet metal and auto glass, we recovered only small fragments.

In contrast to the above, bullets designed as barrier penetrators feature heavy construction in the jacket and core, and they penetrate barriers much better. I’ll briefly discuss four examples below.

Photo X shows this bullet after penetrating auto glass, heavy clothing and more than 15 inches on ballistic gelatin. Retained weight was 49 grains of the original 53, and the bullet expanded from .223 caliber to .35 caliber. This is superior bullet performance.

Federal Tactical http://le.atk.com/general/federalproducts/rifle/tacticalbonded.aspx
The FBI protocols call for penetration of 12 inches or greater to insure highest wounding capability. The Federal Tactical bonded .223 round in both 55- and 62-grain has been in used for a number of years by both federal and municipal agencies. Using a proprietary technology, the bullet core and jacket are bonded or fused together. This offers significantly better terminal performance than traditional soft-point bullets that may look identical in form but come nowhere close in performance.

Both the 55- and 62-grain Tactical penetrated the auto glass, heavy clothing and 16 inches of ballistic gel with a retained weight of 49 grains and better, expanding as shown. Again, top performance.

Winchester Nosler Partition www.winchester.com/lawenforcement/catalog/cfrifle.aspx
Winchester uses a 60-grain Nosler Partition for its .223-caliber barrier penetrator that is in use by the FBI. As seen in the photo, it also performs well against intervening barriers. The bullet defeated the auto glass and light clothing, penetrated more than 17 inches and retained more than half its weight.

Hornady Barrier Penetrator www.hornadyle.com/_img/hornady_tap_report.pdf
Hornady makes a 62-grain barrier penetrator as seen in the photo. Unlike its 55- and 60-grain TAP round that are constructed of a light jacket and soft core, this bullet drove deeper with greater retained weight. Still, it didn’t perform as well as the others we tested.

Conclusion
Any .223-caliber cartridge using a varmint-type bullet is not the choice to use on the street where the fight will likely involve autos and other hard barriers. The penetrator rounds pictured above are not the only ones made, but they’re a good representation of what’s available. Any one of these will provide a significant upgrade for the street officer. Define the mission and environment most likely faced by your officers. Then choose the bullet best designed for that mission, and go forward with knowledge and confidence.

The FBI’s Test Info
If you want to see the FBI’s testing data on police-duty ammunition, order it from the agency’s test facility. Your order must be on official letterhead and come from a department supervisor.

Chudwin’s Rankings
Based on our testing, I rank the barrier penetrators as follows: