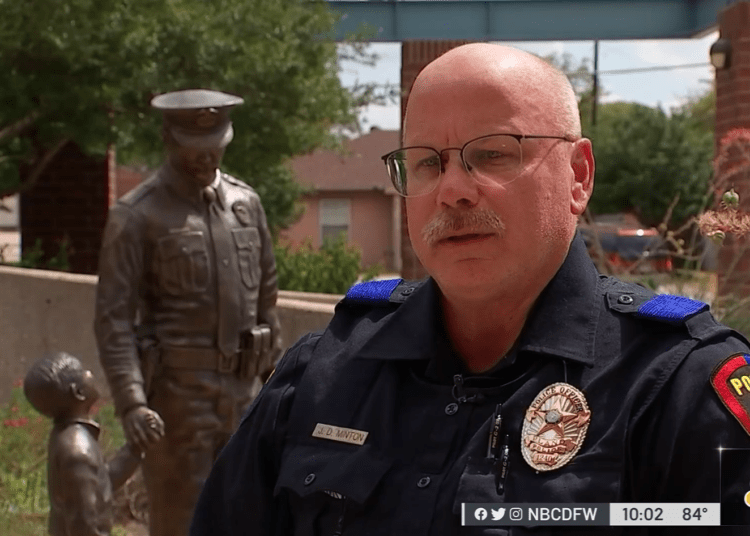 PLANO, Texas – Detectives at the Plano Police Department are investigating one of the most high-tech peeping tom cases the city has ever experienced. So far they’ve positively identified four victims but they’re still sifting through more than a decade worth of voyeuristic recordings.

The criminal investigation began earlier this year when a 14-year-old girl saw a man standing near her bedroom window at the family residence on Harpers Place in Plano. The teen notified her father but the voyeur disappeared, NBC DFW reported.

Four days later on May 2 the teen saw the creeper again near her window. This time her dad was ready.

“Followed him and got a license plate number and that’s when he filed a report and we started doing the investigation,” said Jerry Minton, acting public information officer for the Plano Police Department.

During the preliminary investigation, officers discovered two small cameras on windowsills of the teen’s bedroom and bathroom, in addition to a Wi-Fi device close to the backyard fence.

“The cameras were communicating with the Wi-Fi hotspot which was transmitting whatever the cameras were seeing to whoever’s receiving them at the time,” Minton said.

Detectives say that person was Edward Henderson, 53, a music teacher at a local private school who also leads drum circles for a business called “Experience the Drum,” NBC DFW reported.

“Then they also started finding more and more images from other people, other residences as well, with cameras being placed on or near the windows looking in,” said Minton.

“Several computer hard drives and memory cards” of Henderson’s were seized from the private school where he worked, investigator’s noted in the arrest affidavit.

The electronic evidence contained “numerous videos and photos,” including more than a dozen taken of the 14-year-old’s bedroom.

“Where someone would expect to have the utmost privacy,” Minton emphasized.

During the investigation, police have positively identified two more adult female victims “recorded while they showered, used the bathroom and changed clothes,” according to the arrest affidavit.

Law enforcement authorities identified a fourth victim who was spied on in the city of Murphy.

“They were able to go back between 10 and 20 years of recordings,” said Minton.

This is not your ordinary peeping tom case, police said. It goes way beyond that.

“This guy was using technology against the victims and residence and then viewing everything remotely to where he’s not actually physically at the location other than setting up and retrieving his property,” said Minton.

Henderson was booked at the Collin County Jail. He is charged with improper visual recording and criminal trespass, and remains in custody.

The investigation is ongoing as police continue to try to identify more victims.