"This is not reform, it’s beginning to look more and more like a suicide pact,” says Sheriff Villanueva 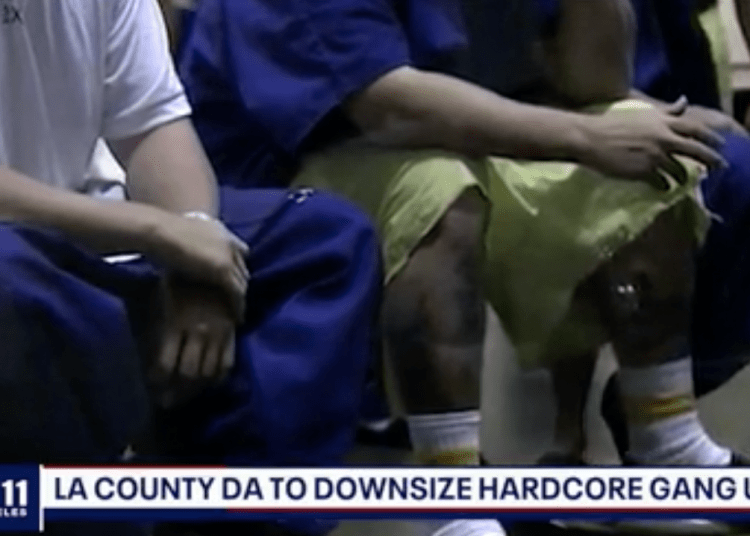 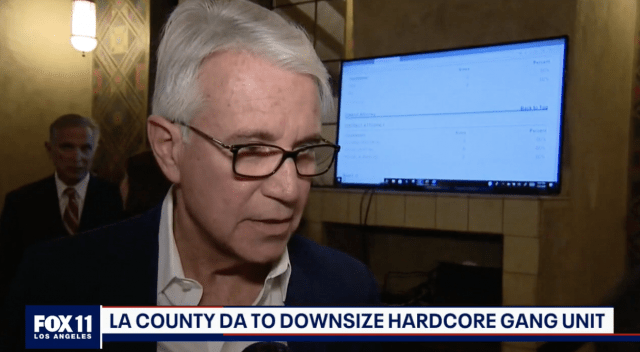 FOX 11 News investigative reporter Bill Melugin first reported that Gascón was planning to dismantle the Hardcore Gang Unit more than two weeks ago. On Wednesday, multiple unnamed sources told Melugin that upper management had called a meeting to inform prosecutors that the unit would be cut back.

“They were told that George Gascón wants to, quote, ‘reimagine’ the unit, make it more community-based, that they want to change the name because Gascón and the administration don’t like the name,” Melugin told KFI’s John and Ken Show. “An hour before this meeting, the Major Narcotics Unit had a similar meeting, and they were told that half of their unit is going to be wiped out as well. And those transfer lists have already started going out. So in one afternoon, Gascón and his administration decided to downsize the major narco unit as well as the hardcore gangs unit.”

Live on @FoxNews tonight to discuss my reporting for @FOXLA that L.A. District Attorney George Gascon is severely downsizing and renaming the DA office’s elite Hardcore Gangs unit, one of the oldest in the office, and he is also cutting the office’s Major Narcotics unit in half. pic.twitter.com/avFomOerjT

D.A. Gascón has repeatedly said that he views himself as part of a progressive movement that has prioritized implementing sweeping criminal justice reforms across the nation, Daily Wire reported.

A prosecutor in Gascón’s office speaking on the condition of anonymity told FOX 11, “the gang unit was pretty much decimated.” The source said management acknowledged the change would create a “nightmare” as the Hardcore Gang Unit has about 700 active cases.

The Hardcore Gangs unit is one of the oldest units in the office and it’s responsible for prosecuting the most heinous and complex gang-related crimes in the country, according to FOX 11.

Prosecutors previously told the news organization they’ve already been hamstrung by Gascón’s decision to ban them from using gang and gun enhancements. With that in mind, prosecutors told Melugin earlier in the month that disbanding the Hardcore Gangs unit will be a disaster waiting to happen, given the surge in violent crimes across Los Angeles.

Melugin recently spoke to an unnamed prosecutor who declared, “We can already hear in jail calls and interviews with officers on the street telling us that the gang members are laughing at them.” The source reportedly said Gascón’s policy changes had emboldened gang members and “undermined the credibility of law enforcement in its entirety.”

L.A. County Sheriff Alex Villanueva, who supports an effort to recall Gascón from office, blasted his decision to downsize the Hardcore Gang Unit.

“While gang members are busy driving up LA County’s homicide rate, LA DA @GeorgeGascon is now dismantling the Hardcore Gang Unit that works in collaboration with local law enforcement,” Sheriff Villanueva tweeted. “This can only serve to add gasoline to a raging fire of gang violence that threatens the safety of all. This is not reform, it’s beginning to look more and more like a suicide pact.”

(2/2) This can only serve to add gasoline to a raging fire 🔥 of gang violence that threatens the safety of all. This is not reform, it's beginning to look more and more like a suicide pact. #PublicSafety #VictimsMatter

According to the L.A. Daily News, county officials have been reviewing a recall petition submitted by a group called Victims of Violent Crime for the Recall of District Attorney George Gascón. The outlet reported that a potential recall election “could begin to take shape” this month.