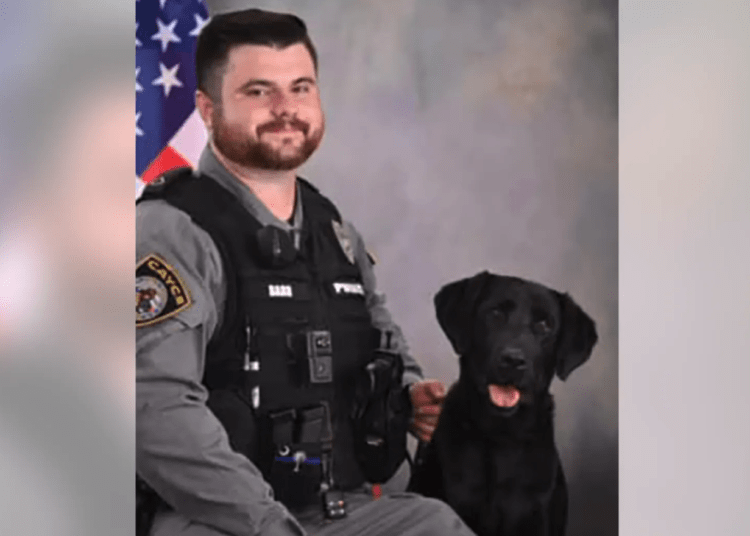 A suspect at the scene opened fire about 2:48 a.m. on three officers of the Cayce Department of Public Safety. Officer Roy Andrew “Drew” Barr, 28, was shot during the encounter, the agency said.

Cayce Police Chief Chris Cowan briefed the media at 11:30 a.m. He said a seven hour negotiation with the suspect ended when the man took his life, WIS-TV reported.

When describing Barr and explaining his service, the chief said, “He cared about nothing else but serving his community. He was a firefighter, he was an EMT and he was a cop.”

“Officer Barr gave the ultimate sacrifice for us,” Cowan said.

Barr graduated from the local Criminal Justice Academy in 2017. He achieved a specialty assignment as a K9 handler in 2020, partnering with K9 Molly.

Many agencies expressed their grief over social media, including nearby Columbia Police Department.

Mayor Elise Partin said. “Officer Drew Barr has been an important part of the Cayce family. … All of our Cayce officers, our Cayce team and our Cayce citizens mourn with Officer Barr’s family.”