The hit-and-run driver was later arrested 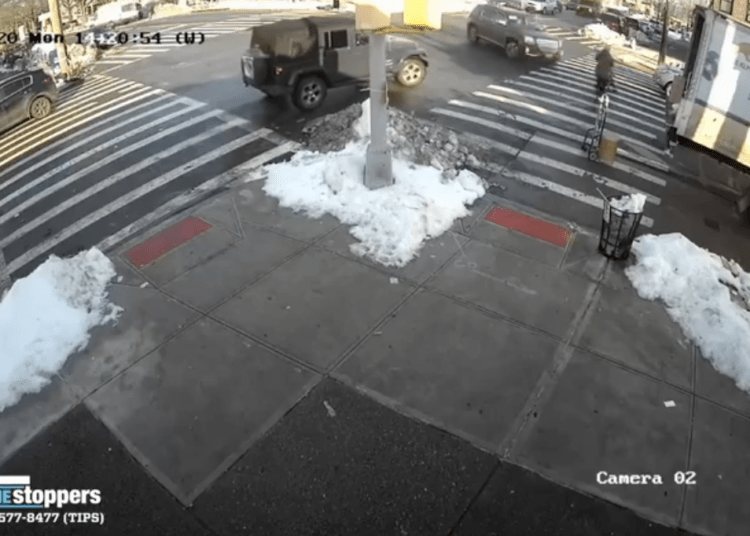 NEW YORK — Shocking footage shows a Bronx driver plowing into an older woman pushing a toddler in a stroller — then casually checking on his victims for a few seconds before hopping back into his SUV and driving off, police said Sunday.

The 2-year-old boy suffered a head contusion and was taken to Jacobi Hospital in stable condition, while his 62-year-old caregiver suffered a bruised leg, according to police.

The hit-run driver, Otello Rapini, 69, of Mahopac in upstate Putnam County was later arrested and charged with leaving the scene of an accident, the NYPD said.

The woman was pushing the child in the Eastchester Avenue crosswalk on Mace Avenue when Rapini’s red GMC Terrain Denali failed to yield to them as he turned left and plowed into them, sending the lady and baby carriage flying in different directions, according to police and surveillance video.

The suspect — seen in the video wearing light-colored jeans, a dark shirt and sunglasses — pulled over his SUV, got out and walked toward his injured victims in the intersection, briefly standing nearby before returning to his vehicle and fleeing, police said.