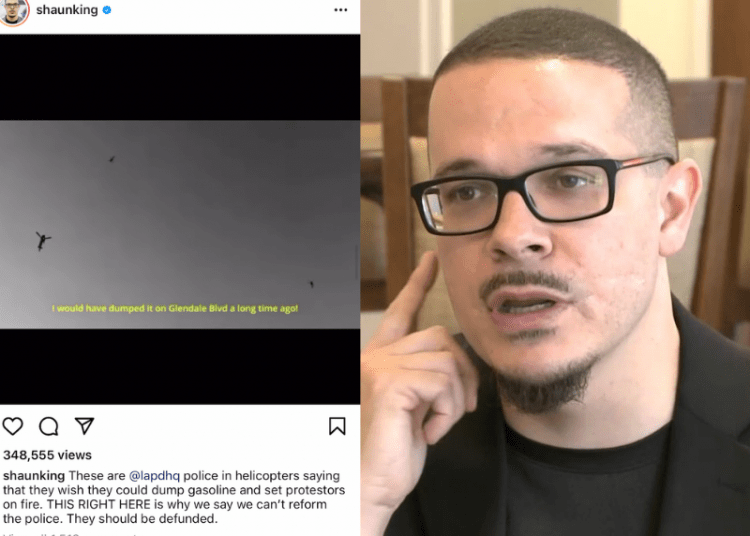 Los Angeles — Activist Shaun King is no stranger to controversy. For example, King claims that he is black, even though his own family says he is white. But King’s latest claim speaks volumes about prejudice and incivility. And more importantly, it shows how presumptions and social media popularity can drive a wedge between the public and the police, and put officers’ lives at risk.

On March 25th, King shared a video on Instagram of a helicopter. King claimed it was a Los Angeles Police helicopter and wrote:

“These are @lapdhq police in helicopters saying that they wish they could dump gasoline and set protestors on fire. THIS RIGHT HERE is why we say we can’t reform the police. They should be defunded.” 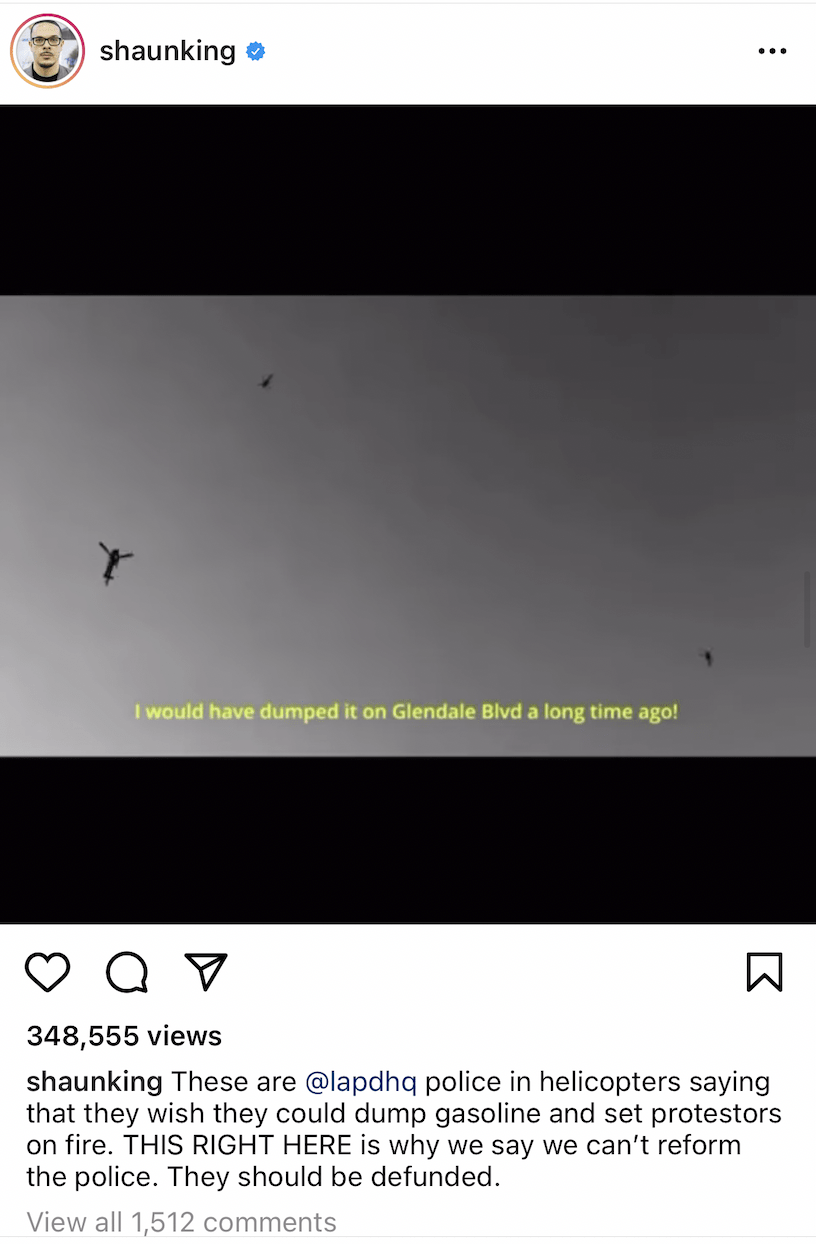 Soon, others were making similar false and defamatory remarks against the Los Angeles Police Department and LAPD officers. For example, the People’s City Council offered the following on Twitter—including the popular, must-have “nazi” reference.

Listen to @LAPDHQ officers on the police scanner last night talk about how they want to dump gas on protestors and set them on fire.

This is nazi shit.

However, King and the People’s City Council are completely mistaken

LAPD officials quickly responded to the social media outrage and set the record straight—but not before King’s social media posts were viewed thousands and thousands of times prompting outrage.

View our LAPD video statement to a post circulating on social media of a vile and disturbing commentary between two helicopter crew members. We can confirm they are NOT employees of the LAPD. pic.twitter.com/2ne8rhM2Wm

“A post circulating on social media attributes a violent and disturbing commentary between two helicopter crew members as being employees from the LAPD. An investigation was initiated, and it has been confirmed that they are not employees of the LAPD. There was a command review by the Air Support Division of the radio transmission and the helicopters depicted in the video. The voices heard are not associated with LAPD crew members or personnel.

Also, the helicopters in the video are seen hovering. LAPD pilots rarely, if ever, hover. During flight school and training, hovering is not recommended during flying in low altitudes with a single-engine aircraft.

Also, radio frequency used during this incident is a common aviation frequency used by all aircraft pilots in the area – helicopters, airplanes, news, tours etc. A pilot can be over Santa Monica or in the Valley and communicate clearly over this frequency. Our investigation has definitively determined that these were not LAPD crew members or employees.”

Hopefully, the presumptions that King posted on social media can serve as a lesson in civility, highlight the dangers of prejudice and jumping to conclusions without any facts.

And we’re hoping that King, the People’s City Council, and so many others who rushed to judgment to blame the police, will be just as quick to apologize. More importantly, we hope they will take accountability for their false claims as they were in sharing their outrage, demands, and insults—and help restore the broken trust between the community and the police.