Witnesses said the security guard tried to get the suspect to return the items when she began fighting with him. 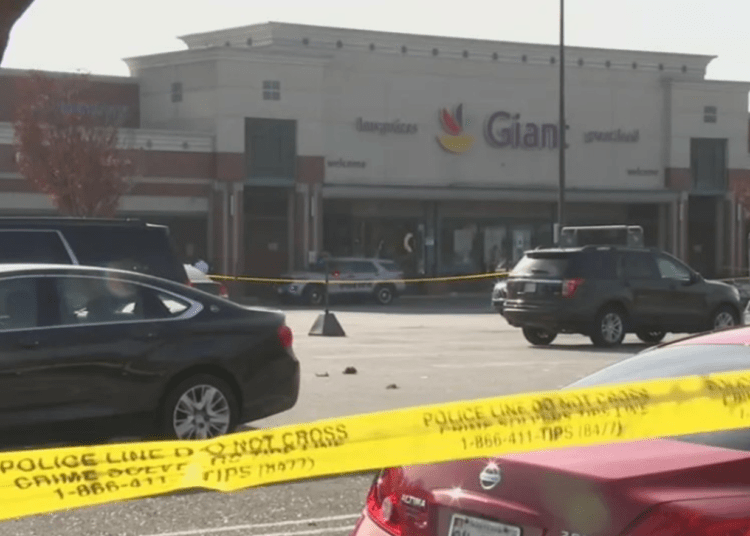 A purported shoplifter and a grocery store security guard died Friday after the two exchanged gunfire at the store in Maryland. (Screenshot FOX 5 DC)

PRINCE GEORGE’S COUNTY, Md. – A purported shoplifter and a grocery store security guard both died Friday following an exchange of gunfire at the store in Maryland. The action stemmed from the security guard confronting the shoplifter about her alleged theft, according to authorities.

A woman was reportedly attempting a theft from a Giant grocery store in Oxon Hill, Maryland, about 10:25 a.m. Friday. The security guard confronted her. As the encounter unfolded, the alleged shoplifter retrieved a firearm from her backpack and discharged several rounds, striking the security guard. The guard returned fire, Prince George’s County Police Major Zachary O’Lare said at a news conference.

The female shoplifting suspect was transported to the hospital where she later died. The male security guard was pronounced dead at the scene. No additional people were struck by gunfire, Fox News reported.

Law enforcement authorities have not yet identified the deceased individuals.

The security guard told the woman several times to return the stolen items when she began to fight him and eventually pulled the weapon, according to store employees, FOX 5 DC reported.

A female suspect was reportedly stealing from a Giant grocery store in Maryland on Friday when a male security guard confronted her. Both individuals died following an exchange of gunfire. (Prince George’s County Police)

“It’s quite concerning that these brazen acts are occurring, you know, across the country and in our backyard, especially right near our police division,” O’Lare said, noting the close proximity to the police station.