The suspect was identified as a maintenance worker at the facility 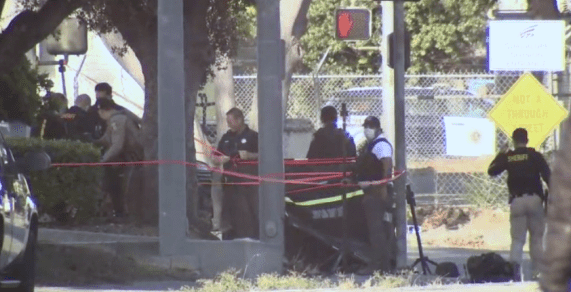 SAN JOSE, Calif. — A mass shooting occurred at a rail yard in San Jose early Wednesday. The massacre left eight people dead, not including the suspect, who took his own life, authorities confirmed.

The shooting was first reported at about 6:30 a.m. via multiple 911 calls. It was reported as an “active shooter situation.” It took place in the area of the Valley Transportation Authority (VTA) control center and rail yard, where light rail cars are stored. The facility is not open to the public, Law Officer reported. The VTA provides bus, light rail and other transit services throughout Santa Clara County, the largest in the Bay Area.

VTA Chair Gel Hendricks confirmed the shooting took place outside in the yard, not in the control center, Fox reported. Hence, service would be suspended until further notice.

The suspect was identified as Samuel Cassidy, who was a maintenance worker at VTA, according to authorities. No motive is known for the shooting at this time.

Santa Clara County Sheriff Laurie Smith, whose office headquarters are near the rail yard, said deputies entered the building as shots were still being fired, according to The Mercury News.

“We have some very brave officers and deputies,” Smith said.

Explosive devices also were reported in the building, and bomb dogs alerted to the devices, Smith said.

About 100 VTA workers were evacuated to a nearby auditorium. At the evacuation site, screams and wailing broke out.

Rochelle Hawkins, a VTA mechanic, said when she heard shots she dropped her phone.

“I was running so fast, I just ran for my life,” she said. “I would hope everyone would just pray for the VTA family. Just pray for us.”

“The whole crew is gone, the whole shift is gone,” said an employee who didn’t want to be identified. “It’s horrible.”

Another VTA worker who didn’t want to be identified said that a woman had just learned her son was one of the fatalities, The Mercury News reported.

“I just witnessed someone’s mom who just found out her son died,” the VTA worker said. “It was ugly.”

The multitude of crimes will be investigated by a task force of local, state, and federal agencies.