"It's a boring story. I was born with one arm," Officer Samuel Brown says. 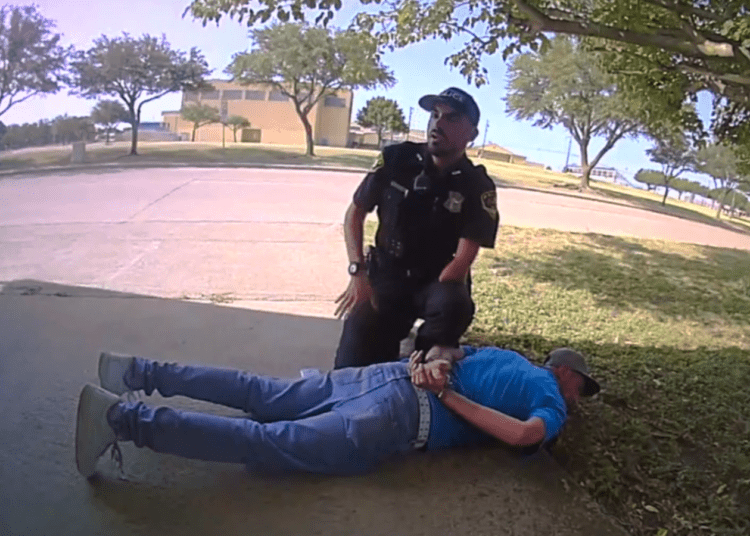 WHITE SETTLEMENT, Texas – A rookie Texas police officer who is doing the job with one arm, outperformed a partner and chased down a suspect over the weekend, according to a report.

White Settlement Police Officer Samuel Brown was engaged in the stop of a stolen car on Saturday. The suspect took off running only to be caught and arrested blocks later by the first-year cop who is doing the job with one arm. His partner caught a ride from a Good Samaritan during the chase, NBCDFW reported.

Brown became an officer in February. When asked about his challenge, he said, “It’s a boring story. I was born with one arm.”

Despite his circumstances, Brown is living out a lifelong dream.

“I live for this kind of stuff,” he said. “This is why young people decide to go and become police officers. Because they want to get into foot pursuits and chase the bad guys.”

Brown grew up in California, but they have physical requirements that prevented him from applying, he said. Texas has no such restrictions.

“I started applying to jobs in this area,” Brown said. “White Settlement was the first to pick me up.”

“He can do the same job as any other police officer,” Cook said.

Cook also thanked a private citizen, Jimmy Davis, who offered a ride to the second officer who fell behind in the foot pursuit.

Davis was visiting his daughter’s home nearby when they noticed commotion in front of her residence.

“And I thought it was a jogger,” Davis said. “But then I saw an officer right behind.”

Davis jumped in his vehicle and offered assistance to the officer lagging behind, NBCDFW reported.

The officer accepted the kind gesture and hopped in the back seat. They soon caught up to Brown who was making the arrest.

White Settlement is a suburb west of Fort Worth.