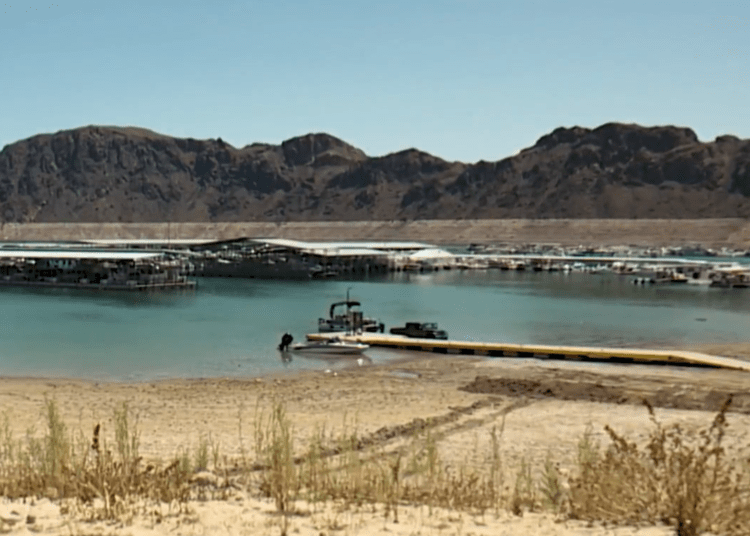 The human remains were discovered in a barrel near Hemenway Harbor at Lake Mead. (Screenshot FOX 8)

LAS VEGAS – Boaters on the widely popular Lake Mead in Nevada — home of the renowned Hoover Dam — discovered human remains in a barrel that had apparently been submerged for decades. Now two retired Las Vegas police officers are offering a reward for divers who find additional bodies in the recreational lake.

David Kohlmeier and Daniel Minor host “The Problem Solver Show” on local cable. The two retired lawmen said they would offer $5,000 for any additional remains that are found, FOX 8 reported.

“The Problem Solver is offering this challenge in an effort to bring a sense of closure to the families and friends of the victims, and to assist local law enforcement in their efforts,” the men said in a statement Thursday.

Boaters discovered the barrel containing human remains about 3 p.m. Sunday near Hemenway Harbor. Based upon contents in the barrel, investigators believe the body was dumped in the lake in the 80s.

A second barrel was located by a local news outlet, but it was empty.

The men are setting up a fund to pay out money to divers, according to the news outlet.

Las Vegas Metro police have received numerous tips since Sunday’s discovery. A spokesperson did not release the exact number on Wednesday, only saying it was “several dozen.”

The lieutenant said they’ve recovered remains in the lake before, but never like this.

“Even identifying the person is going to be an extensive challenge at this point,” he said.

Detectives are reaching out to scientists at UNLV to give them a better idea how long the oil container was submerged.

Meanwhile, the Clark County Coroner’s Office is working to identify the remains as the investigation proceeds. 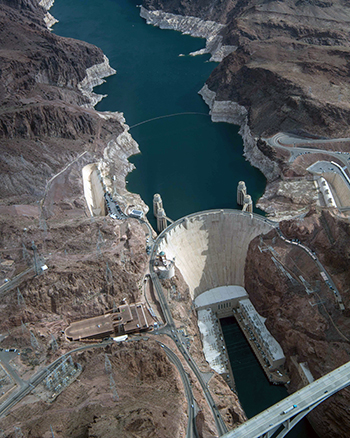 The Hoover Dam, which was built during the Depression, formed Lake Mead. It is located in Black Canyon approximately 30 miles east of Las Vegas in the Mojave Desert. (usbr.gov)

Tips can be submitted anonymously through Crime Stoppers by calling 702-385-5555 or at crimestoppersofnv.com/report-a-crime. Information can also be sent via text by sending “CRIMENV” and then your message to “CRIMES” (274637). Crime Stoppers offers a reward for information that leads to an arrest.