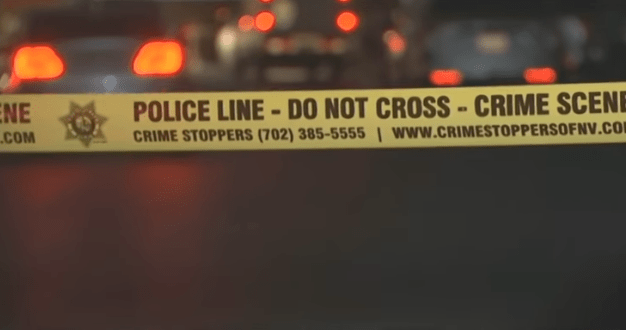 LAS VEGAS – Complaints of a “foul odor” coming from a BMW parked in Las Vegas in August led to the body of a missing man and an arrest in his death, police said.

The investigation began Aug. 19 when complaints about a pungent odor originating from the trunk of a white BMW parked in an apartment complex were noted in the 3600 Block of West Tropicana, according to McClatchy News.

Police discovered a body in the vehicle. The decomposing male had apparently been there for a period of time. The crime scene was secured and homicide detectives from the Las Vegas Metropolitan Police Department responded, according to a department press release.

The Clark County coroner later identified the deceased victim as Amir Haggi, a spokesperson told KTNV. The cause of death was confirmed to be homicide by gunshot wounds to the head.

Haggi was reported missing in Phoenix in June, according to azfamily.com. 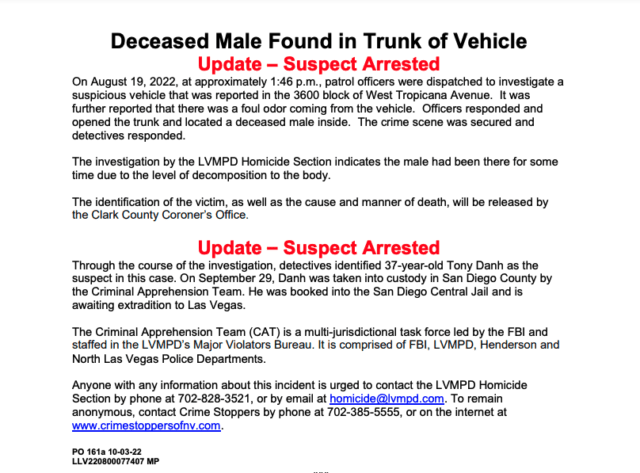 Authorities did not explain how the investigation led them to California, nor did they immediately provide further details.

Danh was booked at the San Diego Central Jail and is awaiting extradition to Las Vegas, authorities said.

Meanwhile, investigators ask anyone with information about the homicide to contact detectives at 702-828-3521 or [email protected] Anonymous tips can be left at 702-385-5555.