The brakes on his semi-truck hauling lumber failed, which caused a deadly crash 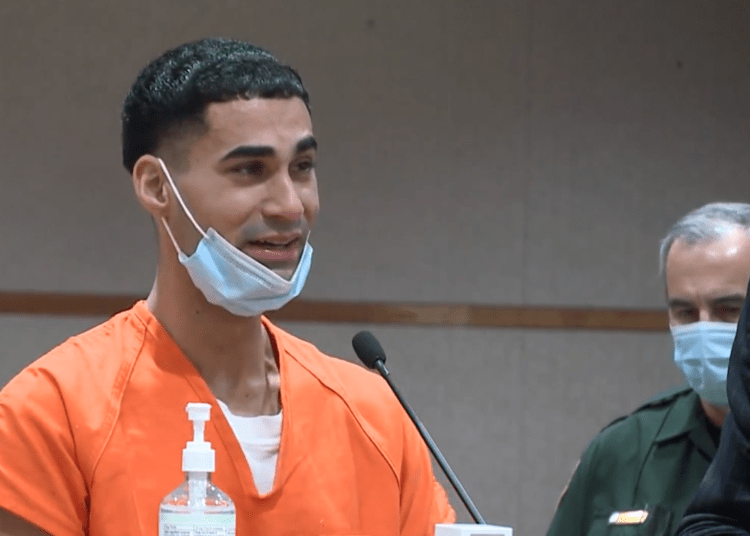 DENVER — Public backlash has occurred with great frequency in recent times due to violent predators getting released from jail with nothing more than a slap on the wrist following horrific crimes.

Now there is a backlash of another kind as more than 4.4 million people signed an online petition calling for clemency for the truck driver who was sentenced to 110 years in prison for the deadly 2019 crash on Colorado’s I-70 that resulted in four deaths.

The petition at Change.org is the fastest growing on the website during 2021, KDVR reported.

Rogel Aguilera-Mederos, 26, was convicted of vehicular homicide and other charges earlier this month. During testimony, he said his brakes failed as he tried to stop his semi-truck and trailer combo hauling lumber on April 25, 2019.

Investigators of the crash said Aguilera-Mederos, who was 23 at the time, lost control of the semi-truck after confirming its brakes failed on a Denver highway. The driver did not take runaway truck ramps — something prosecutors highlighted at trial — and was going about 85 miles per hour before it slammed into dozens of other cars that were stopped on the Interstate west of Denver, causing an explosion, according to WABC-TV.

“There doesn’t seem to be an intentionality of murder, and he’s getting a sentence that would rival a mass murder,” Bryan Kuhn, an attorney, told the Change.org website. “I think that is not sitting well, I think a lot of people think there maybe should be a long jail sentence,  but this may be just a little too much for some folks.”

He teared up while addressing the court at sentencing earlier this month and asked the families of the victims to forgive him.

“I am not a criminal,” he said. “I am not a murderer. I am not a killer. When I look at my charges, we are talking about a murderer, which is not me. I have never thought about hurting anybody in my entire life.”

District Court Judge Bruce Jones imposed the sentence after finding it was the mandatory minimum term under state law, The Denver Post reported.

“I will state that if I had the discretion, it would not be my sentence,” the judge said.

CBS Denver reported that lawyers for the 26-year-old said there is case law that would allow for a sentence of 20 years. Jones disagreed but opened the door for a review.

Jay Tifickjian, a criminal defense attorney, told KDVR that he was surprised to see so many charges filed. He said he knew the mandatory sentencing would likely result in a life sentence.

“I can’t think of the last case here, or anywhere else, where somebody committed a negligent or reckless crime that resulted in such a sentence,” he told the station. “It’s really telling of how the government can come down and really crush someone if they want to.”

Domingo Garcia, the national president of LULAC, said the civil rights organization sent a letter to the governor of Colorado, Jared Polis, on behalf of Aguilera-Mederos, asking for a pardon or reduced sentencing.

“It was an egregious miscarriage of justice,” Garcia said, according to WABC-TV.

“He got 110 years in prison on his first offense when it was clearly an accident,” Garcia said. “It could happen to anybody. Your brakes go out. It was not intentional. It’s not something that he was trying to do.”

The public outcry worked. The trucker had his lengthy sentence reduced Thursday by 100 years after Gov. Jared Polis commuted punishment in the case.

Instead of serving 110 years in prison, Rogel Aguilera-Mederos will instead serve 10 years and will be eligible for parole beginning on Dec. 30, 2026.