"I was verbally attacked, berated and held 'hostage' against my will by a large group of angry protesters," says the openly transgender council member. 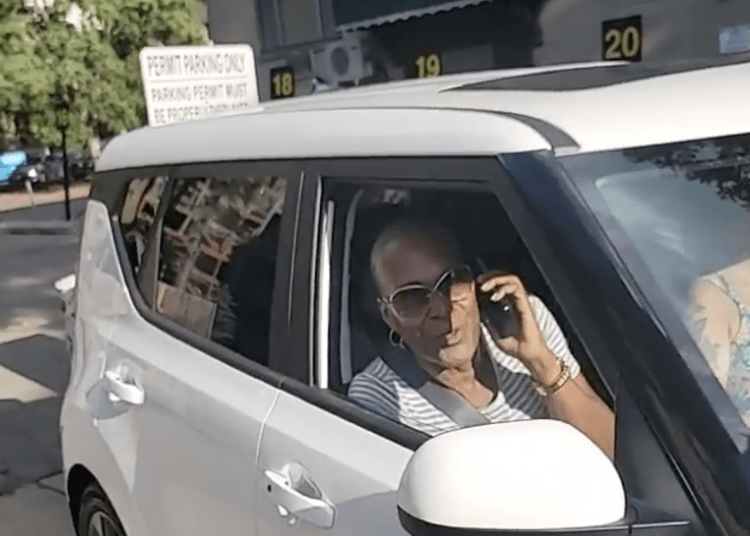 MINNEAPOLIS — Video evidence shows the vice president of the Minneapolis City Council essentially being “held hostage” and coerced into signing an agreement over the weekend as a group of agitators blocked her vehicle. The paper she signed under coercion contained a list of outlandish demands, which includes dropping criminal charges against rioters.

Andrea Jenkins represents Minneapolis’ 8th Ward and identifies as the first Black openly transgender person to be elected to office in the U.S., the politician said in a statement Tuesday. The council VP also said it’s time to stop the holding of Black-owned businesses, the neighbors and residents of the neighborhood near George Floyd Square hostage more than a year after Floyd’s death, Fox News reported.

The showdown took place Sunday afternoon while Jenkins was attending the Taking Back Pride event in Loring Park.

“I was verbally attacked, berated and held ‘hostage’ against my will by a large group of angry protesters,” Jenkins wrote as part of her Facebook post.

Activist David Hooker Jr. told the Minneapolis Star Tribune that he and the group of demonstrators confronted Jenkins to raise concerns about community groups contracted with the city to deescalate tension. The Taking Back Pride event was advertised on social media as an opportunity to decry police brutality and prioritize the voices of people who are Black, transgender or queer.

Video shows Jenkins sitting in the front passenger seat of a white vehicle being blocked by a group of BLM agitators who apparently believe this coerced document is somehow binding.

“It might be three days before I get out of here,” Jenkins is heard telling someone over the phone while sitting in the vehicle, according to a 23-minute-long video shared to Facebook by Hooker.

Hooker displays “The People’s Demands” for the camera and says that Jenkins must agree to the deal prior to be released. The list of demands include:

The protesters shouted each demand and asked if they had Jenkins’ support.

Responding to the final demand to stay out of George Floyd Square, Jenkins retorted, “So you’re asking me not to do my job.” As the group shouted over her, she continued, “I was elected to represent that neighborhood, so what you’re asking me to do is to not do my job.”

On Sunday, extreme BLM activists blocked Minneapolis city council member @annapoetic in the street. Andrea Jenkins was forced to sign a statement that charges against alleged rioters would be dropped. This incident has not been reported in the local press. pic.twitter.com/fpCX5B7r5w

“We are not asking no more, White lady. We are demanding,” a female voice in the crowd shouts to the driver, as seen in a shorter snippet of the incident shared by independent journalist Andy Ngo. “Do your job and drive.”

The driver “flipped the bird” to the agitators, but Jenkins pulled her arm down.

Jenkins eventually conceded to the list of demands and signed the sheet of paper as protesters shouted for her to print her name and date it, as if it were actually going to be a binding agreement.

“Holding elected officials accountable is good. Holding people for hours against their will until they’re compelled under duress to take positions is not,” Frey tweeted. “This isn’t a matter of politics or policy. We should all call this behavior out for what it is: fundamentally wrong.”

Actually, it’s more than “fundamentally wrong,” it’s “fundamentally criminal.” Sadly, that is a problem with progressive politicians, they are afraid to identify criminal activity for what it is.