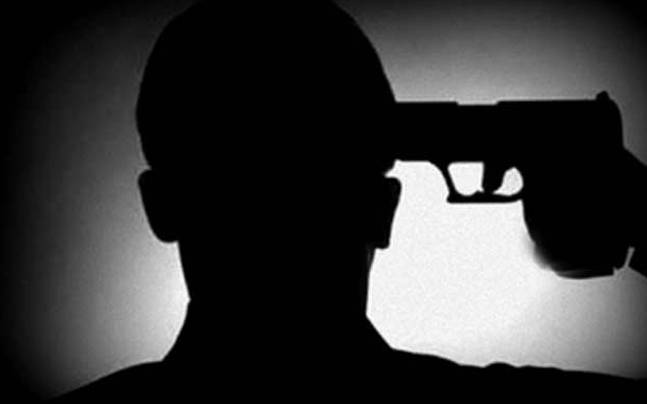 Suicide, a public health problem in American society, is an even greater enigma in the public safety community. While we have generally reliable data each year on the numbers of Americans who have died by their own hand, the ability to identify those suicides that occurred among first responders are not readily identified as a subset of all suicides. In 2016, 99 law enforcement suicides were submitted and verified through a confidential form. There have already been seven verified law enforcement suicides in 2017.  These reports are just the beginning as year over year data is not available.

Because of the lack of reliable and consistent data on first responder suicides, the issue does not garner the attention it deserves, and without that attention, resources, programs, and funding to address it   are unattainable.  Without that attention, the stigma of mental health issues, and suicide in particular, continues to rule and flourish among our first responders. Unreported suicides continue to stymie attempts to accurately gauge the extent of the problem, with families or agencies giving in to the stigmas in an effort to “protect” the family, agency, or even memory of the deceased. The story I am about to tell you is true, I’ve changed the names out of respect for the family and those involved. It’s an especially important story not only to first responders and their families, but to the American public as well. When we reach the end, you’ll understand why.

Each time an officer puts on their uniform, it covers not only their skin, but their life. The public only sees the uniform and what they think it represents. They fail to see the person underneath. Each uniform covers a different story that has created a unique personality with specific emotional needs. There is no test that can predict which officer’s burden will become too much or when that might happen. The reality for first responders is that they bring their personal baggage into their careers where it intermingles with the baggage created by their professions.

Karl is 35 years old has been a police officer for 11 years. Having lived in a neighborhood where crime was common place, Karl set out on a path to find justice for victims. It was after a ride along, while in his 20’s, that he fell in love with law enforcement, and pursued a career as an LEO. During the course of his short career, he has performed CPR on children, had a teenager kill herself with Karl’s card still in his pocket, and experienced two of his friends being murdered in the line of duty a mere six weeks apart.

At the age of 47, Matt was a divorced former Marine with full custody of his kids. He was a paramedic who also fell in love with policing after a ride along. Proactive policing excited him – he wanted to go out and stop crime before it happened. After 28 years on the job, and somewhat hardened by his time as a homicide detective, he’d seen a lot. Matt had been at the scene of multiple mass casualty events, plane crashes, suicides, and dead children.

Keith, a single 35 year old son of a retired cop with 14 years on the job, was the protector. He had a soft spot for domestic violence victims, wanted to help others, and spent countless hours raising awareness for law enforcement suicide. Keith’s career had been marred by tragedy, he was on the scene when a friend and fellow officer completed suicide, knew two others that completed suicide, arrived at the scene of a ten year old being brutally raped and another of a child drowning.

Matt was the patrol supervisor for an area that boasted million dollar mansions as well as a sizeable homeless population. Receiving a call for a suicidal person in the area was routine as occasionally a homeless person would threaten suicide so that they’d receive a warm bed and regular meals for three days while they were evaluated for mental illness. This call was different though. The subject was located at a convenience store on the side of a highway, not a location where the homeless usually frequented. More details came across the radio – hard times lately, ten years of service…What service? Law enforcement. This information startled the first responders and the call was upgraded to a code 3 because of the increased likelihood that a firearm would be involved.

Keith had driven to the area from another part of the state and staked out this location for reasons known only to him. He used his prior law enforcement training and experience, placing   himself in a tactically sound position, sitting cross legged in front of a tree with a chain link fence directly behind him. He had a wide open space and a highway in front of him, negating any opportunity to sneak up on him.

Communication was established but interaction was difficult. Keith was unresponsive and distraught. After he identified himself, he produced his wallet and a suicide note, tossing it at the officers on scene. He informed the officers that his pet was in his car and asked that it be taken care of. He also said, “I don’t want to talk. Please tell my parents I love them.” Then he stopped talking.

By the time Karl arrived, the area was being cleared. EMS, fire and the highway patrol had arrived. Keith took in the scene and asked one of the officers if he was a training officer. When the officer stated that he was, Keith insisted that his trainee leave the scene so they would not have to witness what was about to occur. The trainee wouldn’t leave, ensuring that Keith could see him so as to remind him that he was there, in hopes that it might help change the outcome.

With emergency lights flashing and a news helicopter overhead, Keith reached into his left shirt pocket with his right hand and pulled out a gun. Karl to Keith’s right, Matt to his left, began to take cover with the rest of the first responders on the scene. All three officers knew that this situation had multiple endings, each of them focused on their role, but only one focused on what they had become and whether or not they wanted to remain.

Fear, uncertainty, and despair hung over every first responder on the scene. Many pleaded with Keith. “We’re here for you. We’re your family. Let us help you.” “Put the gun down, brother, let’s talk about this.” With his finger on the trigger at all times, Keith did not respond. He simply moved the gun from his temple, to his chin, to his heart and back again unsure where his gun should be.

Several times, Keith said he didn’t want to hurt anyone. Some on the scene said it had the feel of suicide by cop, but those closer to Keith could see that he appeared disappointed that their weapons were drawn.

As he got more agitated, he took deep breaths and shook his head, as if he were trying to clear his mind of his demons. Karl could see that he was tormented by something that he was unwilling to share. He had a clear view of his struggle to make a decision. Meanwhile, Matt was hoping that other officers could move in with a shield and end the standoff with a less lethal method. With his ten years on the job, Keith knew exactly what they were doing. He stated that he could no longer do this in front of them, stood up and walked to the back of the tree watching them the entire time. He could see that they were attempting to close the gap on him, and once he positioned himself behind the tree, less lethal was no longer an option.

While Matt continued to try to get through to him, Karl could still see him clearly. The moment came when he thought that they had gotten through to him. Keith’s hand fell to his side and he took a deep breath. Karl didn’t expect what came next, as his hand quickly flew to his right temple and he pulled the trigger.

“That was the worst call of my career”, Karl said. “I never thought I would ever point a gun at a fellow brother. Let alone watch one take his life.”

Fire and EMS ran to Keith’s side, working to save him. He was still alive and they packaged him up for transport. Matt straightened up, turned around and beheld a scene that he wasn’t quite sure how he was going to manage. Some officers were crying, others were frozen in shock, and the remainder began their routine of putting up crime scene tape and processing the scene.

It wasn’t fluid, everyone on site was able to identify on some level with Keith. Every person was deeply affected as a result. Jeff, a rookie also on scene, had recently been on the scene of a mass shooting and was triggered by this horrible incident. He had to be removed from the scene because it was too much. The CISM Team was deployed and on scene assessments began.

With Keith’s cell phone in his hand, Matt could see numerous texts from loved ones popping up asking Keith if he was okay, pleading with him to call. Matt couldn’t respond to the texts or the ringing of the phone despite the fact that Keith’s loved ones knew he was in trouble.

While animal control retrieved Keith’s pet, Keith succumbed to his injury, the news helicopter that hovered overhead had left because it was “just another suicide,” not worth reporting. To every person on the scene, however, it was anything but. Now, each one had to find a way to reconcile what they had just witnessed.

Fifty three minutes is all it took to change not only these three lives forever, but also those of every first responder on scene that day.

Part 2 of this all important article is coming soon.  We remind each of you to register the suicide completions from any year here.

There is help out there, please use it!

Additional resources can be found at:
http://www.1stHelp.net

Share and speak up for justice, law & order...
Tags: exclusiveFamilysuicide