Officers said they saw "debris exploding from walls" when they first arrived on scene. 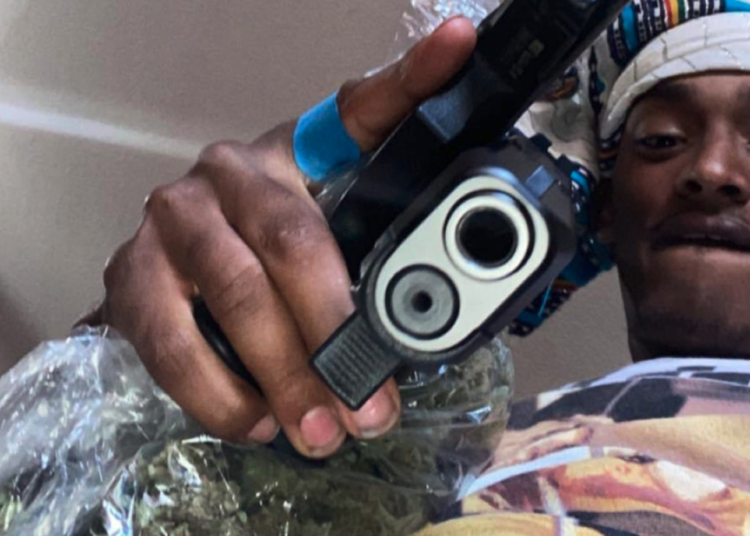 A photo of Andrew Sundberg circulating on social media. (Twitter)

MINNEAPOLIS – Andrew “Tekle” Sundberg, 20, was shot to death Thursday by Minneapolis Police Department (MPD) snipers after he pointed a gun out of the window of his apartment unit, sources told Alpha News.

Officers responded to a call around 9:30 p.m. Wednesday when a woman said Sundberg fired a gun into her apartment, according to MPD. Sundberg was killed around 4:30 a.m. the next morning after six hours of negotiations.

The victim posted these and several other photos to Facebook purportedly showing bullet holes in her apartment.

Arabella Foss-Yarbrough, 24, claimed on Facebook Sundberg not only tried to kill her and her children, but he had stalked her as well.

GoFundMe has allowed supporters to raise thousands of dollars for Sundberg.

Sundberg’s GoFundMe supporters had outpaced Foss-Yarbrough’s donations by Saturday. Supporters of Sundberg had raised more than $15,000, almost seven times more than the donations to Foss-Yarbrough’s GoFundMe page. Her page had only raised $2,200. Earlier this month, GoFundMe deleted a legal defense fund page for a New York City bodega clerk, Jose Alba, who apparently stabbed an attacker in self-defense.

After videos of Foss-Yarbrough confronting protesters went viral, her GoFundMe shot up to nearly $60,000 in donations.

According to Foss-Yarbrough’s GoFundMe page, the mother and children are not allowed to retrieve items from their apartment because “it is a crime scene.”

“She now has no job, no identification, wallet, clothes for her self or children,” the GoFundMe organizer said. “My little sister is strong, but she is breaking and needs more help than our family can provide at this time so I’m reaching out to the community. Anything would help so she can at least cover her standing bills while she gains new employment and focuses on her and the boys mental and emotional health.”

“My kids have to deal with this and probably have a mental illness now because they almost lost their lives. There’s bullet holes in my kitchen,” Foss-Yarbrough told protesters Saturday. “He tried to kill me in front of my kids.”

Sundberg’s family said he was experiencing a “mental health crisis” when he shot into Foss-Yarbrough’s apartment. Officers said they saw “debris exploding from walls” when they first arrived on scene.

Things boiled over during Saturday’s rally and march for Tekle Sundberg, when the 24 year old woman who says he was shooting into her apt. showed up voicing her frustration with those gathering in front of her building on Sundberg’s behalf. @kare11 * video contains profanity * pic.twitter.com/qdi1vbgO7k

Police said they spent hours negotiating with Sundberg, which included phone calls and videos from his parents, who adopted him from Ethiopia at the age of four.

“The mayor is portraying it like we collaborated and the police were all kind and loving to our family as they tried to help Tekle. That is a lie,” Sundberg’s mother said during a press conference. “Had it been a white person in that building, they would’ve talked them out. They would’ve waited.”

“It’s all about color,” she added.

Sundberg’s dad, Mark Sundberg, can be heard speaking on a PA system to his son in a video recorded by bystanders.

The parents of Andrew Tekle Sundberg are telling media that the MPD didn't allow any communication with their son.

However, video from a livestream shows Mark Sundberg speaking on the PA system to his son.

"Tekle, this is your dad again. I need you to talk to negotiators." pic.twitter.com/k6cldYzxd9

The Minnesota Bureau of Criminal Apprehension is now handling the investigation into Sundberg’s death. Body-camera footage from the incident is expected to be released in the coming days.