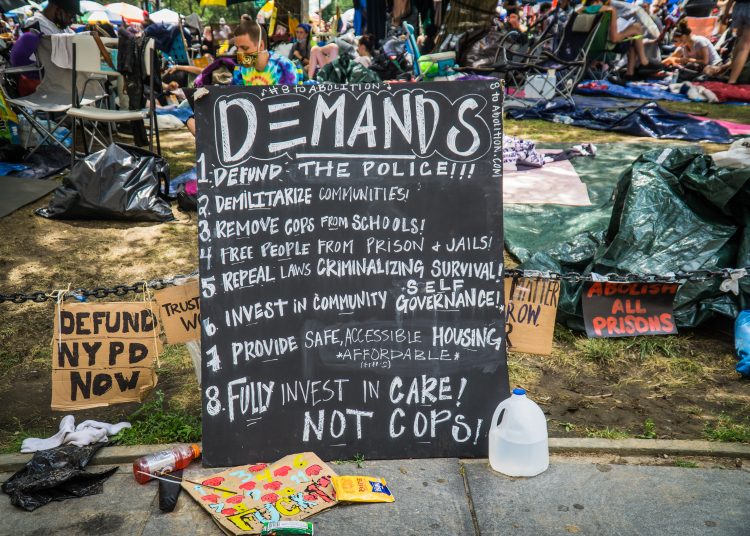 As homicides spiked in 2020 along with the demonization of law enforcement by the media and the public, the future of police recruiting is in real doubt.  Using the death of George Floyd, the media used a coordinated effort to attack law enforcement across the country while demanding reforms that range from eliminating qualified immunity to established less lethal force options like the carotid neck hold, a maneuver conducted safely every weekend at a UFC event.

At the demand by some in the public along with their political allies, departments across three country slashed police budgets and officer positions.

Fraternal Order of Police National President Patrick Yoes tells the Washington Examiner that “It’s very obvious that all the rhetoric is having an impact on our ability to recruit the best and brightest. Recruitment is down. Lots of officers are choosing to take their retirement, so what we’re seeing is the experience levels of departments going down. You add to that, cities downsizing their agencies, and what we’re having is our job becoming less and less safe. Putting all these factors together, we’re putting together a perfect storm for unsafe communities.”

The impact has been immediate both within law enforcement and the communities they serve.

A survey conducted by the Manhattan Institute found that nearly half of 50 major cities saw police chiefs or other senior law enforcement officials retire, resign, or take disability in 2020. The New York City Police Department, for example, saw a 7% decrease in officers. The Colorado Springs Police Department failed its recruitment goal by 25%. Over 200 officers have left the Minneapolis Police Department since the summer as the homicide rate spikes to record numbers.

The U.S. Census Bureau found fewer police officers per capita than in any year since 1994. Congress stepped up with the Crime Control and Law Enforcement Act, pushed through by then Senator Biden and signed by President Clinton.

Today, that help will not be coming and with 2000 more homicides in 2020, the very communities that politicians claim they are protecting by demonizing law enforcement, they are hurting as police presence and thus actual crime fighting come to a shocking halt.