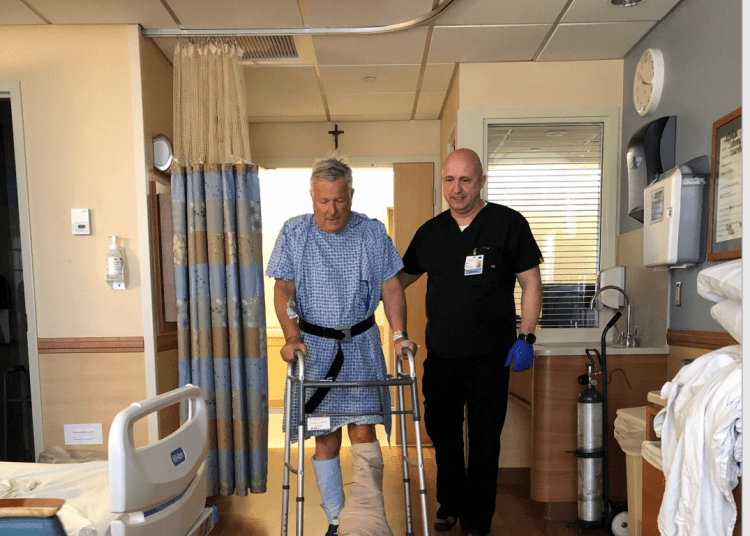 TAMPA, Fla. — A veteran Tampa police officer has filed a lawsuit against firearms manufacturer Sig Sauer. Bob Northrop has 49 years of law enforcement experience. He served 30 years with the Tampa Police Department and the last 19 years as a reserve officer according to WFTS.

He alleges his service weapon, a Sig Sauer P320 handgun, fired by itself, seriously injuring him.

On February 27, 2020, Northrop was working an extra job at the high school baseball and softball games and was just a few feet away from students when he brushed his service belt to try to attach a set of keys. He alleges that his department-issued gun fired by itself while holstered.

The bullet blew apart bones in his leg and ankle, leading to surgery and screws, rods and rehab.

“It resembles many, many other prior incidents that have happened across the country,” said Attorney Nick Gurney, who is part of the legal team representing Northrop in his lawsuit.

WFTS reports thatthere have been dozens of other reported incidents in the past five years with that model handgun firing without anyone pulling the trigger. 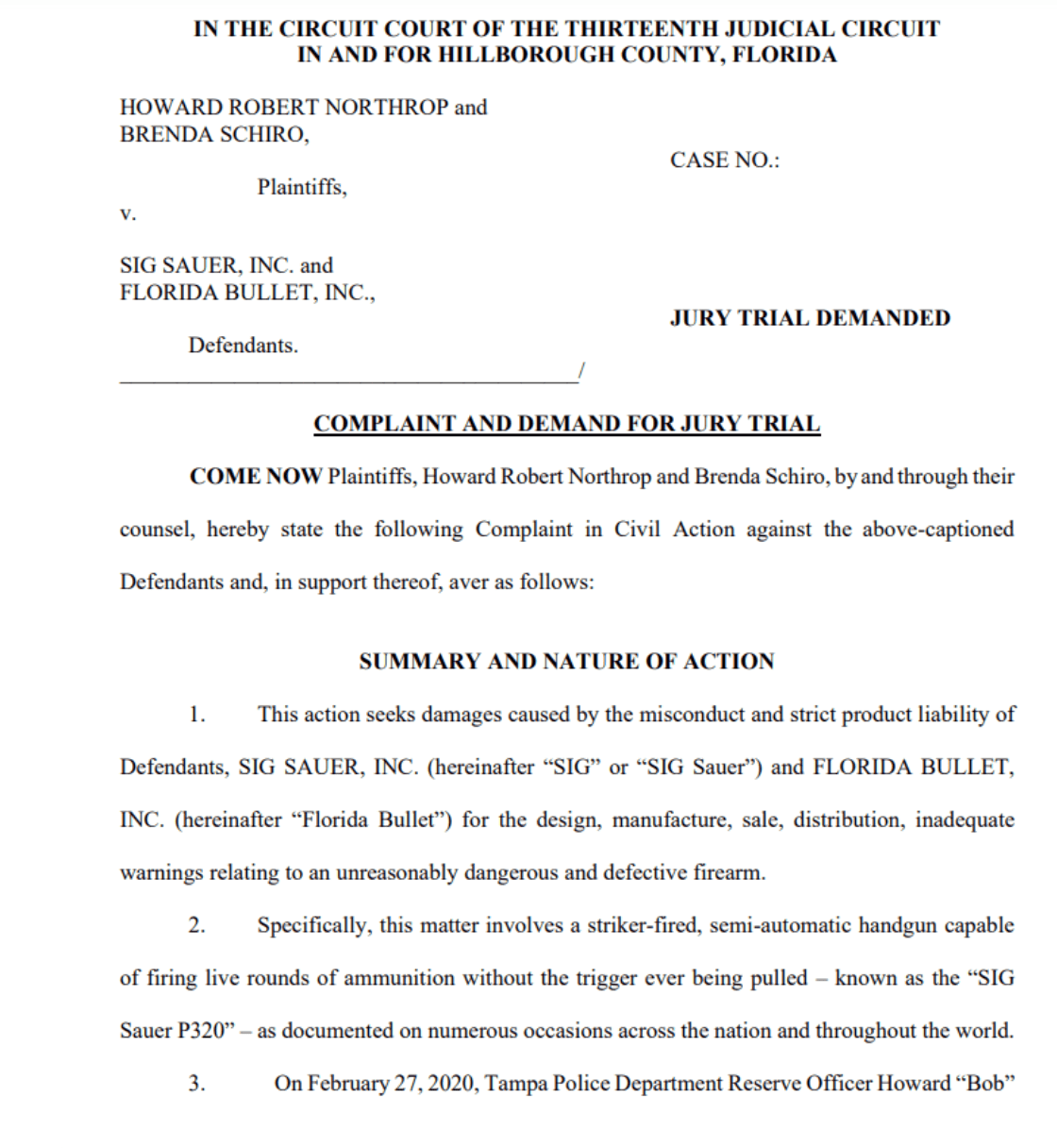 The complaint says Northrop is suing Sig Sauer, “for the design, manufacture, sale, distribution and inadequate warnings relating to an unreasonably dangerous and defective firearm.”

“It’s a gun that goes off when the trigger is not pulled. And it’s essentially as simple as that,” Gurney said.

Since 2016, dozens of incidents of that model handgun discharging without a trigger-pull have been reported in 19 states.

In August 2017, Sig Sauer announced a “voluntary upgrade program” after a Connecticut SWAT team officer dropped his gun while holstering it and was shot by it.

The Tampa Police Department participated in that upgrade program and obtained new firearms.

Northrop qualified with his new “upgraded” handgun in April 2019.

Attorney Gurney says he believes the company didn’t do enough to protect the safety of people who owned that model gun.