Officers arrived on scene within two minutes and confronted the gunman 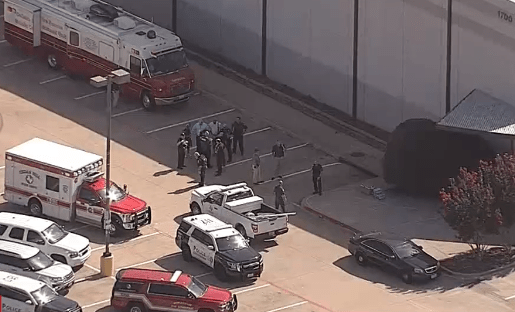 DUNCANVILLE, Texas — Law enforcement authorities in Texas have released the name of the armed suspect who was fatally shot Monday morning at a facility in a suburb south of Dallas where about 150 children were attending a day camp.

Brandon Keith Ned, 42, was the perpetrator killed during the gunfight at the Duncanville Fieldhouse, according to the Duncanville Police Department in a statement released Tuesday.

The law enforcement agency confirmed the Texas Rangers are handling the ongoing investigation, and no other details would be released at this time, the Houston Chronicle reported.

On Monday, police officials said the suspect brandished a firearm as he entered the lobby. Upon entry he fired a shot, then tried to enter a classroom containing children, according to the Chronicle.

Fortunately, the door was locked, yet he still fired at the door and went to the gym, where other children were present.

Officers arrived within two minutes of receiving the call. They confronted the gunman and a fatal officer-involved shooting occurred, police said.

No children, staff or police were injured during the shooting.

Authorities provided no further details about Ned other than he resided in Dallas.