Instead of scapegoating, Chief Kristen Roman needs to accept accountability 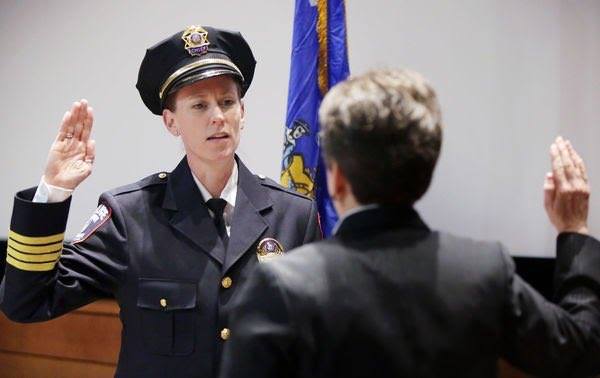 Wisconsin Right Now says that UW-Madison Police Chief Kristen Roman “owes her officers an apology”—after her recent decision to ban the thin blue line flag and imagery drew harsh criticism on social media. Calling it a “social media explosion,” Roman called one of her own employees “cowardly” for leaking an email on the ban.

Scapegoating officers is hardly the stuff of courageous police leadership. And calling the behavior of an officer or employee “cowardly”—instead of accepting at least some leadership accountability—seems questionable to say the least, especially since everyone seems to be demanding “police accountability” these days. Putting the name-calling and the scape-goating aside, the facts tell a different story.

Yet, along with the name-calling, Chief Roman admitted that the ban—issued under her so-called leadership—and the backlash led to the department’s Facebook page being “blasted” with “harsh criticisms.” Roman also highlighted that she herself was “the target of the numerous vitriolic comments.”

Chief Roman continued, “I would be dishonest if I were to deny my deep disappointment that one of our employees chose such recourse to satisfy their own displeasure… Aside from it being a clear violation of policy, it was a cowardly choice and a disservice not only to the department but to the very principles for which we have argued the thin blue line stands.” 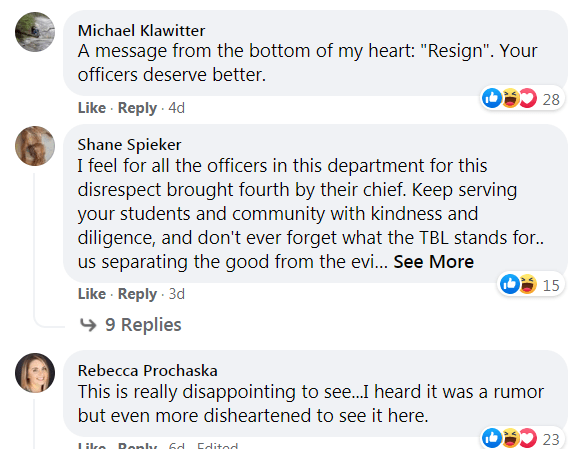 In what appears to be a thoroughly confused response to the controversy, Chief Roman posted a quote on social media. The quote is often attributed to Sir Robert Peel, who is considered a founder of modern-day policing. In a Twitter post, Chief Roman added”…If you’re not familiar with his grounding community policing principles look him up. They have always been my guide.” 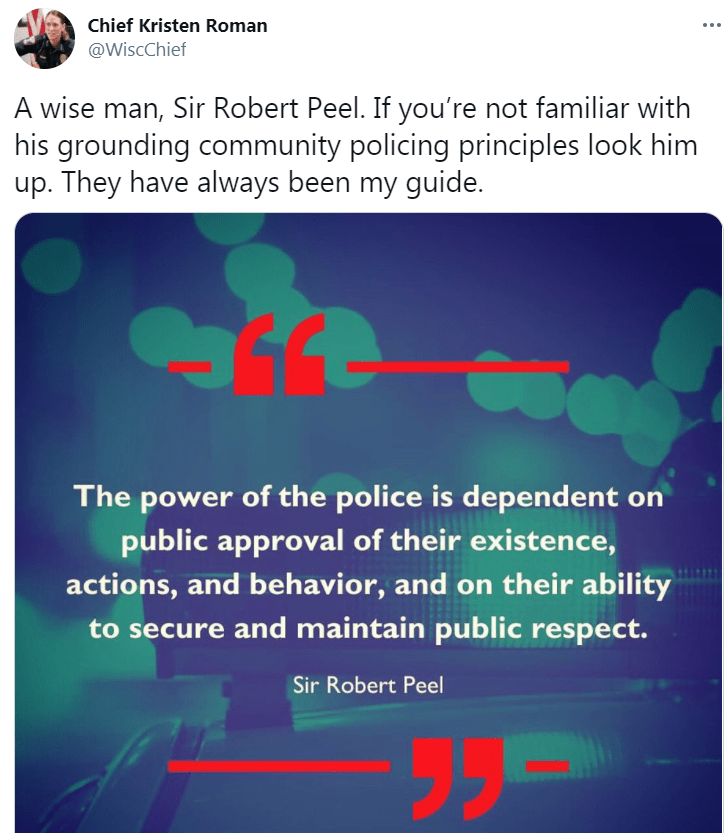 However, if “Peel’s principles” are her guide, then Chief Roman has apparently lost her way. Of course “public approval” and “public respect” are vital. But Chief Roman has made a serious oversight: she has completely overlooked another key principle of Sir Robert Peel:

“The Police are the Public; the Public are the Police”—Sir Robert Peel

Moreover, in offering even more virtue-signalling social media commentary, it seems Chief Roman is missing the bigger picture and more meaningful context altogether. People who claim to know the sole meaning of any flag or symbol do not speak for everyone, nor the entire public—which according to the same principles Chief Roman claims as her guide, include police officers because accordingly, the police are the public, and the public are the police.

Yet this perhaps the worst part: so long as so-called leaders pay more attention to people who claim to be outraged by just about anything at any time, what actually matters tends to get ignored, like fighting crime, for example. And just for the record, preventing crime and supporting law and order seem to matter quite a bit to the American public.

When so-called police leaders can’t even stand up to make-believe social media “outrage” based upon an opinion or interpretation of a symbol according to one group of the public—while forsaking the meaning behind it for the last several decades held by another group of the public—they should expect chaos and controversy. And they should expect to own some accountability in making a mess in telling others what to do and think based upon opinions and social media nonsense.

This seems to be the very lesson about accountability and leadership that Chief Roman is learning—ironically, in a very public way. Hopefully, cowardly police leaders who resort to name-calling will also learn that a little bit of accountability may go a long way to preventing and resolving controversies and chaos.