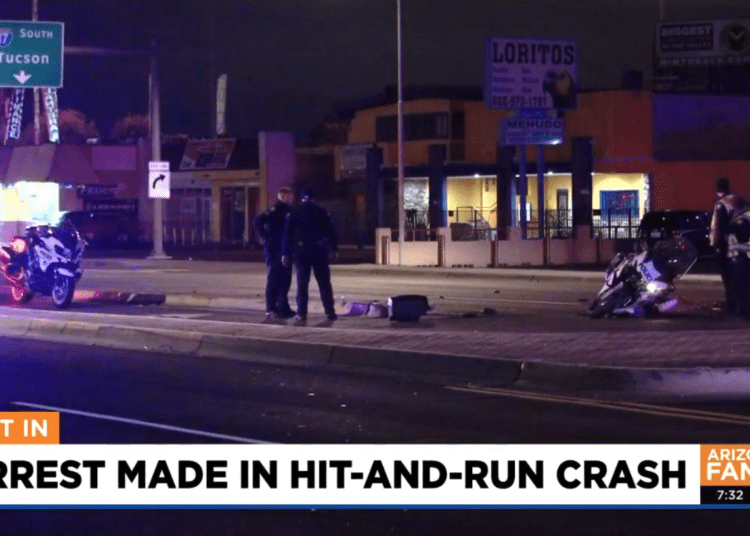 PHOENIX – Police investigators in Phoenix say they have arrested the driver who is responsible for striking a motorcycle officer and then fleeing the scene, leaving him in the street.

Elizabeth Eaton, 52, was taken into custody by the Phoenix Police Department, Sgt. Ann Justus said Tuesday morning, according to azfamily.com.

Detectives found the woman in the area of 18th and Glendale avenues late Monday, less than 12 hours after the crash that left the motor officer sprawled out on the roadway.

According to Justus, they also located the suspect vehicle, a 2016 Dodge Journey, parked in Eaton’s back yard near 19th Avenue and Camelback Road.

“The vehicle had damage matching the collision and other damage seen in the video surveillance footage,” Justus said.

🚨ARREST MADE🚨
52yo Elizabeth Eaton has been arrested after #PPDVCU detectives worked diligently to develop probable cause for her arrest. She is accused of leaving the scene of a serious injury collision that left our motor officer injured lying in the road yesterday. pic.twitter.com/RRG6XWoih2

A security camera video obtained from a local business showed a dark minivan as it turned left in front of the motorcycle officer on Bethany Home near 26th Avenue. The crash threw the officer from his bike. The driver, believed to be Eaton, momentarily stopped before fleeing the scene. 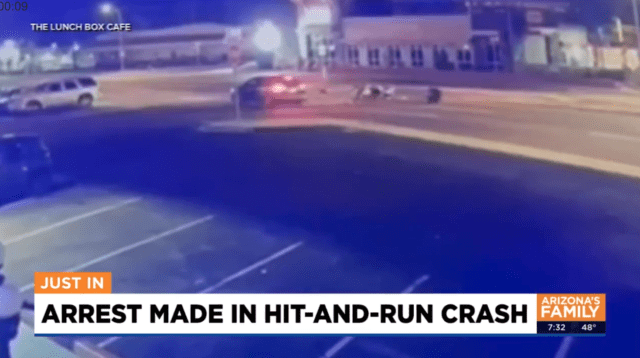 The injured motor officer is assigned to the Traffic Bureau and has been with the department for 16 years, azfamily.com reported.

Eaton was booked for felony hit and run.