Oscar Rosales will be extradited back to the U.S. 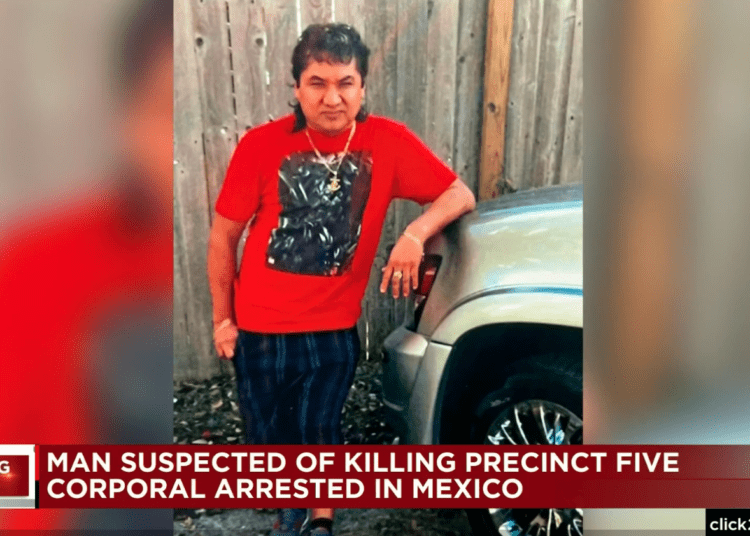 CIUDAD ACUNA, Mexico – The man accused of gunning down Cpl. Charles Galloway of the Harris County Constable’s Office, Precinct Five, has been captured in Mexico, according to the U.S. Marshal’s Office.

The accused cop-killer was arrested in Ciudad Acuna, which is right across the border from Del Rio, Texas.

Oscar Rosales, 51, who’s been on the run since Sunday, was charged with capital murder, click2houston.com reported.

The Wednesday arrest was made through a joint effort of Mexican authorities and the Gulf Coast Violent Offenders Task Force. He has been positively identified via fingerprints.

Authorities are preparing the extradition process in order to return him to Houston.

According to law enforcement officials, Galloway was fatally shot by Rosales during a traffic stop in southwest Houston.

Galloway was a 12-year veteran with Harris County Precinct 5 and was promoted to Corporal in 2020.

The deputy was identified as Cpl. Charles Galloway, 47, a 12-year veteran of the department, KHOU-TV reported.

Galloway was killed in the southwest region of the city and a manhunt in underway searching for the suspect, according to law enforcement authorities.

“This has got to stop,” Harris County Constable Ted Heap said during a news conference at Memorial Hermann-Texas Medical Center.

Officials confirm the Pct 5 fallen deputy is Corporal Charles Galloway. He has been with the deparment for 12 years. Constable Heap says Corporal Galloway was thought of as a mentor in the department. #KHOU11 pic.twitter.com/qcpxcgU8Qz

The shooting occurred about 12:45 a.m., the news outlet reported. The homicide was confirmed on Twitter by Harris County Precinct 5.

“Precinct 5 deputies are on the scene and HPD [Houston Police Department] will be handling the investigation. Prayers for the deputy’s family and his brothers and sisters in blue,” the tweet said.

Our detectives are on the scene of the shooting in the 9100 block of Beechnut Street.

HPD commanders and PIO are at Memorial Hermann Southwest Hospital where any further information will be released in a media briefing. #hounews https://t.co/D4B2vmYNF5

The only suspect description released thus far is a “younger Hispanic male.” He was driving a four-door Toyota Avalon when Galloway stopped him for an unspecified offense.

After gunning down Galloway, the suspect re-entered his vehicle and fled. Constable Heap said it appears that his deputy didn’t even have time to respond or defend himself.

“Message to the suspect, the best thing you can do is turn yourself in peacefully,” Chief Finner said.

The suspect remains on the run as of Sunday morning, KHOU reported.

Galloway joined the Harris County Precinct 5 in 2009. He has worked in many aspects of the patrol division and was most recently assigned to the toll road division. During that time, he switched to night shifts so he could be a field training officer.