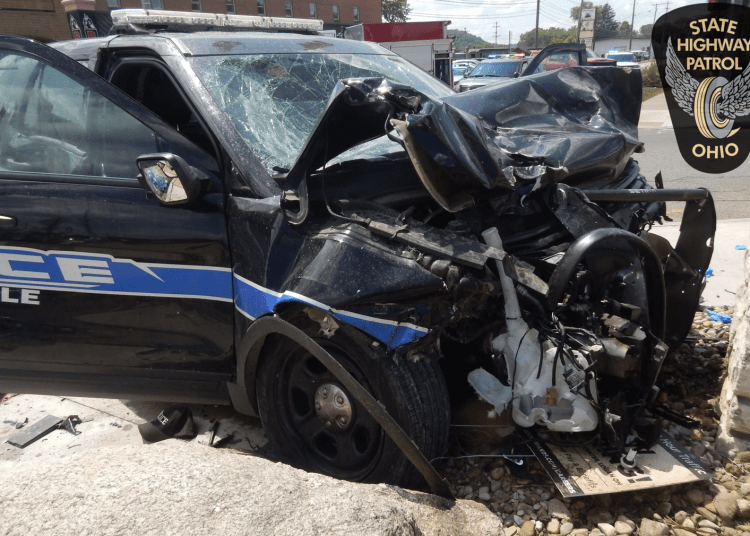 NELSONVILLE, Ohio  — A Nelsonville police officer is dead after a multi-vehicle vehicle crash on Tuesday. NBC4 reports that the crash happened at approximately 2:26 p.m. Nelsonville Police Chief Scott Fitch, announced that Officer Scott Dawley was killed as he responded to a report of shots fired with lights and sirens running. The crash involved Dawley’s marked SUV, another vehicle, and a truck

According to the Ohio State Highway Patrol, which is investigating the crash, Dawley was driving a marked Nelsonville Police Department Ford Explorer SUV on Canal Street when it struck a 2009 Ford F-650 box truck, driven by David A. Rardain, 55, which had entered the intersection from Myers Street.

Dawley’s SUV then went off the left side of the road and came to a rest, while Rardain’s box truck traveled into the opposite lane on East Canal Street, hitting a 2008 Jeep Liberty, driven by John M. Carter, 80, with Ginny K. Carter, 79, as a passenger, OSHP said.

Dawley suffered serious injuries due to the crash and first responders started CPR on him at the scene. He was taken by Athens County EMS to OhioHealth O’Bleness Hospital, where he was pronounced dead.

Dawley leaves behind a wife and two children.