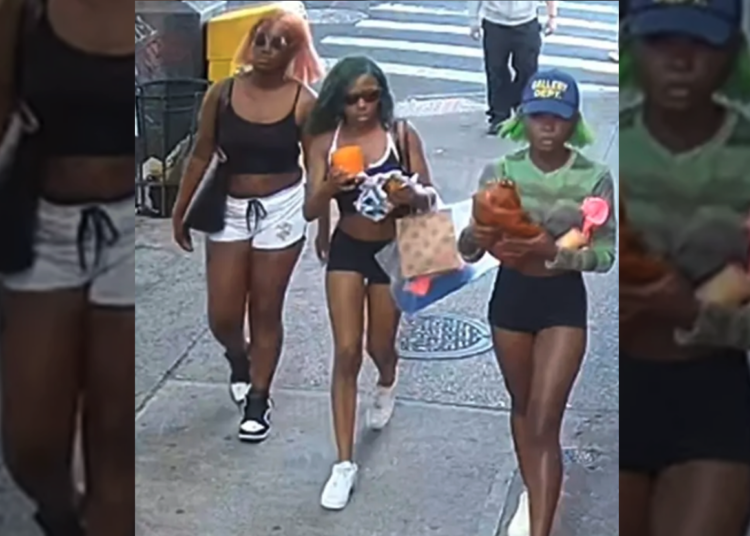 NEW YORK – Investigators at the New York Police Department are searching for three female suspects accused of beating a woman on a public bus in what is being described as a racially-motivated attack.

Police say the suspects got into an argument with a 57-year-old female passenger on a MTA bus. The confrontation escalated and the three suspects reportedly began hitting the woman over the head with an unidentified object, Fox News reported.

The attackers were not just physically aggressive, but reportedly made hostile racial remarks to the victim, saying they “hate white people” and “hate the way they talk.”

“The New York City Police Department is asking for the public’s assistance in ascertaining the whereabouts and identity of three individuals depicted in the attached photo and video in connection to an assault that occurred within the confines of the 102nd Precinct,” the New York Police Department said in a press release.

Three suspects are accused of assaulting a woman on a MTA bus in Queens, New York City.

After the beatdown, the suspects got off the bus at Woodhaven Boulevard and Jamaica Avenue and fled the scene.

“The individuals fled on foot and the victim was removed to Jamaica Hospital in stable condition where she received 3 staples on her head as a result of her injuries. NYPD’s Hate Crime Task Force is investigating this incident,” the report added.