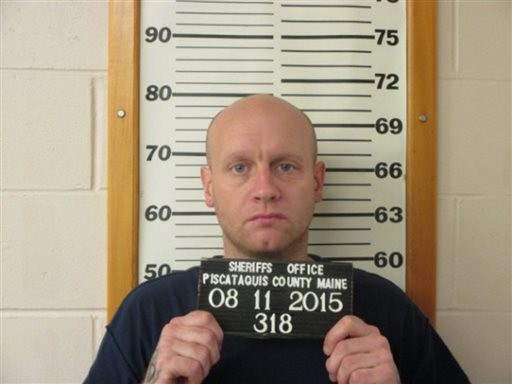 DOVER-FOXCROFT, Maine (AP) — A Maine man who turned himself in after spending two months hiding in woods has been ordered held without bail on charges he broke into his ex-girlfriend's home and shot her to death while her children slept.

A police affidavit released Wednesday when Robert Burton appeared before a judge says Stephanie Ginn Gebo changed her door locks and kept a gun nearby because she feared Burton.

It says Burton slipped into her bedroom window and, before leaving, left a backpack with duct tape similar to tape wrapped around Gebo's wrist. Gebo's 13-year-old daughter found the body in the morning, June 5.

Police say Burton killed the 37-year-old Parkman woman after she ended their relationship.

An Aug. 17 bail hearing was scheduled. His lawyer plans to meet with him soon.