Three other employees were also disciplined by the administration 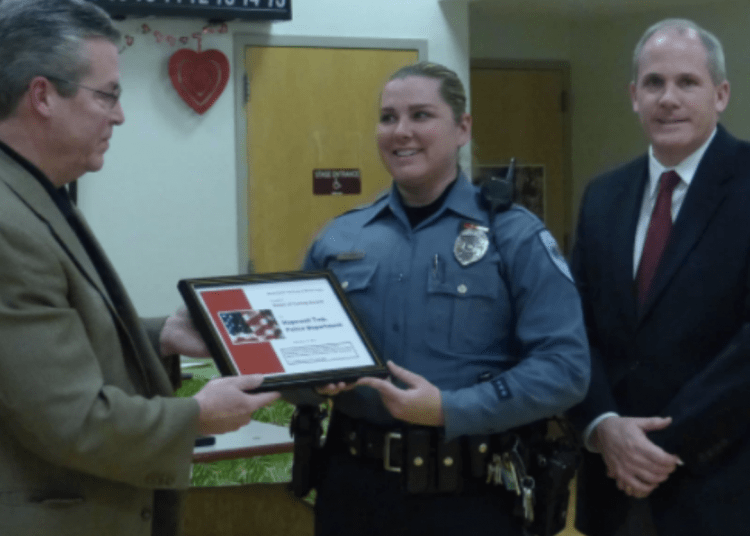 HOPEWELL TOWNSHIP, N.J. — A Hopewell Township police officer has been fired after referring to Black Lives Matter rioters as “terrorists” in a now-deleted Facebook post, according to reports.

Sara Erwin has been terminated as a police officer in Hopewell, New Jersey by the town council after she took to Facebook to condemn Black Lives Matter protests and riots occurring in June of 2020. Along with Erwin, other Hopewell Township employees are facing varying levels of discipline for supporting Erwin’s Facebook post.

According to the Post Millennial, Erwin wrote on Facebook, “Last night as I left for work I had my two kids crying for me not to go to work. I don’t think I’ve ever felt the way I did last night. And then I watched people I know and others I care about going into harms way. I love my police family like my own. So when you share posts and things on Facebook I’d really appreciate if you’d THINK before doing so. I’ve seen so many black lives matter [sic] hashtags in these posts. Just to let you know — they are terrorists. They hate me. They hate my uniform. They don’t care if I die.”

Erwin isn’t the only casualty for expressing herself. A Hopewell police sergeant also suffered consequences of the administration.

Sgt. Mandy Grey defended Erwin’s post while responding to comments and has been demoted and suspended for 6 months. Other city employees including a detective and a dispatcher supported the post as well and have been given written reprimands.

Grey and Erwin have both filed with the Superior Court in New Jersey citing First Amendment violation. Erwin is seeking to be reinstated as police officer while Grey is seeking to have her suspension overturned and be returned to the rank of sergeant.