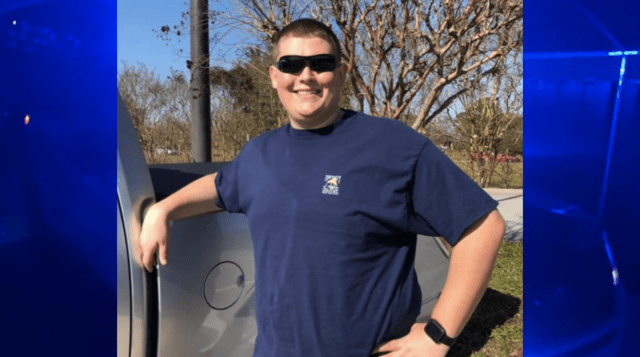 MYRTLE BEACH, S.C. — A South Carolina police officer has been killed and another wounded after responding to a call of domestic violence on Saturday. Upon arrival, officers exchanged gunfire with a suspect, according to authorities.

The deceased officer was identified by the Myrtle Beach Police Department as Jacob Hancher.

“Today we are mourning the loss of one of our officers, PFC Jacob Hancher was killed in the line of duty while responding to a call for service,” Police Chief Amy Prock said.

The wounded officer was treated at a hospital and was expected to survive, FOX reported.

It is with great sadness that we must inform you of the passing of one of our own parishioners,…

“Following the exchange of gunfire, the suspect was discovered deceased. No other injures were reported,” South Carolina State Law Enforcement Division said Sunday in a news release.

Hancher had been a member of the Myrtle Beach Police Department for five years.

“He was a dedicated public servant who upheld his oath to protect this community and made the ultimate sacrifice,” Prock said. “Please keep Jacob, his family and his fellow officers in your prayers.”

Hancher was a parishioner at St. James Roman Catholic Church in Conway, S.C. The church paid tribute to Hancher in a Facebook post that said he went to Honduras in 2017 on a mission trip with other members of the parish, FOX reported.

“For those who were able to serve along side him, they learned of his kindness and selfless service,” the church said.