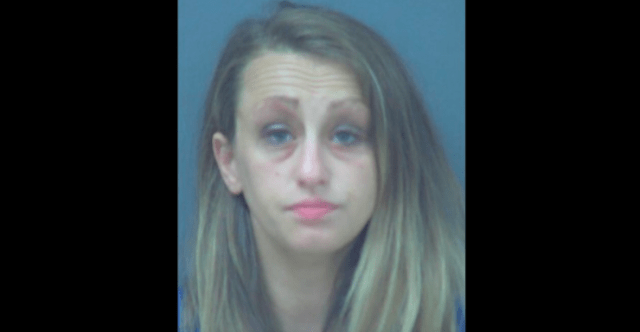 MILLE LACS COUNTY, Minn. — A mother is accused of murder after leaving her 1-year-old girl in a car with the heater running on “high,” which ultimately killed the baby. She was arrested in Wisconsin on unrelated offenses and will face extradition to Minnesota.

Nikki Jean Potvin has been charged with murder in the 3rd degree and manslaughter in the 2nd degree following the November 2020 death of her toddler, WQOW reported.

According to records obtained by the news organization, Potvin, 29, told investigators that she fell asleep in her SUV. When she awoke, her daughter was asleep in the car seat.

The criminal complaint filed in Mille Lacs County, Minnesota claims the woman resides in an area “very cluttered with burnt garbage, waste and abandoned household items scattered throughout.” In that area there are about a dozen campers and 30 different automobiles, police say.

The defendant reportedly moved from her vehicle to one of the campers. In the process, she left her daughter alone in the running car with the heat on, Law&Crime reported.

Sometime later a man asked to borrow Potvin’s SUV. She gave approval but warned of her sleeping daughter inside. This occurred Nov. 6, 2020, between 12 — 1 a.m.

The man removed the child from the vehicle and brought her to Potvin inside the camper. He “noticed there was blood on the child’s nose. [He] believed that the child was deceased at that time,” the complaint reads. He also noted the SUV was warm, “as if the heat was left on high.”

Potvin took the child to the hospital where she was pronounced dead on arrival.

A witness said Potvin “left the child in the car for four hours before the child was brought into the camper,” according to the Leader Telegram.

Temperatures that night were in the upper 40s to lower 50s, police noted.

The Ramsey County Medical Examiner’s Office performed the autopsy and determined the 16-month-old toddler died from “hyperthermia due to exposure to heat.”

Potvin was picked up in Chippewa County, Wisconsin on narcotic and ID theft charges. Her extradition hearing to be returned to Minnesota to face the murder and manslaughter charges is scheduled for Thursday.