This is not the first time a traffic stop for a "minor violation" has led to the arrest of a murder suspect. 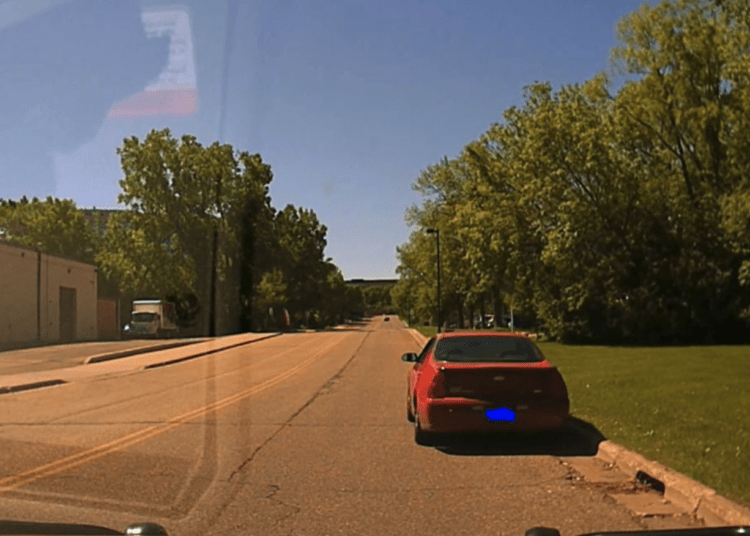 Hopkins police pulled over a vehicle June 3 with a murder suspect inside. (Hopkins Police Department)

HOPKINS, Minn. – Police officers in the Minneapolis suburb of Hopkins have arrested a murder suspect after pulling over his vehicle for expired tabs.

Leontawan Lentez Holt, 24, was pulled over in a red sedan displaying expired registration tabs on June 3. According to the Hopkins Police Department, Holt had given the officer a fake name, though the officer discovered his real identity not long after.

Holt was then arrested on a parole violation, for which he had a felony warrant. Holt was also charged with second-degree murder in connection with an April shooting in Uptown Minneapolis.

That shooting, according to Crime Watch, occurred in the late evening on April 23 outside a McDonald’s on the 2900 block of Hennepin Ave. Sixteen (16) shots were fired “in two bursts” from a black Dodge Charger with four black males inside. Someone shot in the chest was later pronounced dead.

2/
Here's a prior post we did on Leontawan Lentez Holt who has been a violent offender since before the age of 18.
. pic.twitter.com/O51vy2YsQK

Despite his second conviction on possession of illegal firearms, which carries a five-year sentence in the state of Minnesota, Hennepin County District Judge Tamara Garcia downgraded Holt’s sentence to 36 months in July 2020.

“Another case where this violent felon SHOULD HAVE BEEN IN PRISON at the time of the [Uptown Minneapolis] homicide,” Crime Watch said. “Minnesota is totally serious about gun crime.”

This is not the first time a traffic stop for a “minor violation” has led to the arrest of a murder suspect. Last September in Chisago County, police arrested a man on a third-degree murder warrant after pulling him over for an equipment violation.

Holt, who was stopped for expired tabs, would likely have not been stopped for that offense by the Minneapolis Police Department, which announced last August it would no longer pull over vehicles for “expired tabs, an item dangling from a mirror, or not having a working license plate light.”

The push to reduce such “low-level traffic stops” and eliminate felony prosecutions resulting from traffic stops stems from concerns that they “disproportionately” target black individuals and are thus “racist.”