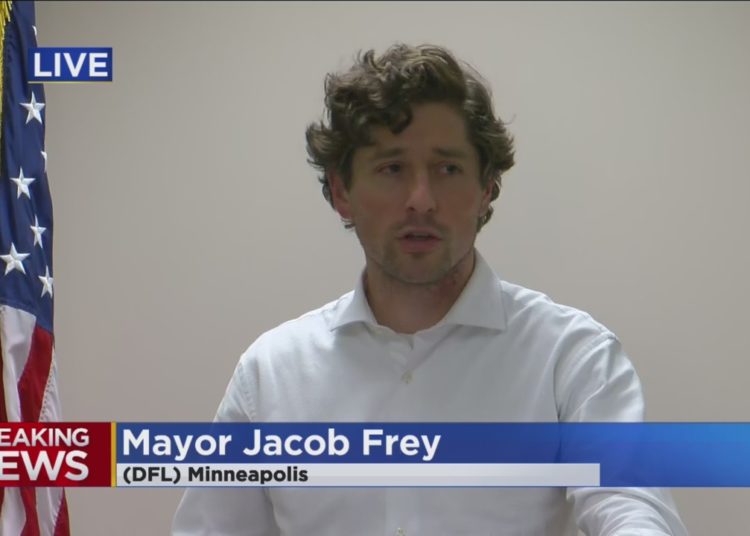 Minneapolis Mayor Jacob Frey blamed “white supremacists” and “out-of-state instigators” on Saturday when addressing who are behind the riots in his city in the wake of George Floyd’s death.

A report today shows that “about 86 percent” of arrests so far are mostly of in-state residents.

Minnesota Governor Tim Walz also said Saturday that the majority of the rioters arrested were from outside Minneapolis and sought to take advantage of the chaos. 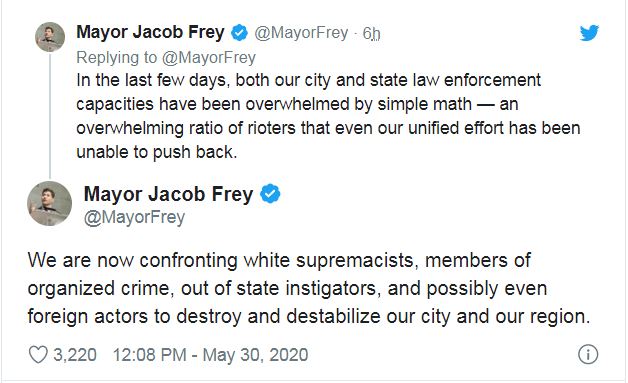 KARE11 showed that “about 86 percent” of the 36 arrests listed their address in Minnesota, and that they live in Minneapolis or the metro area.

The data was analyzed from the Hennepin County Jail’s roster.

“We are now confronting white supremacists, members of organized crime, out of state instigators, and possibly even foreign actors to destroy and destabilize our city and our region,” Frey had tweeted Saturday.

“I think our best estimate of what we heard are about 20 percent are Minnesotans, and 80 percent are outside,” Walz also said Saturday during a news conference, KARE 11 reported.

Fox News reported on a tweet posted Saturday, a person who appears to be Minnesota Attorney General Keith Ellison can be seen with a copy of “Antifa, the Anti-Fascist Handbook.” 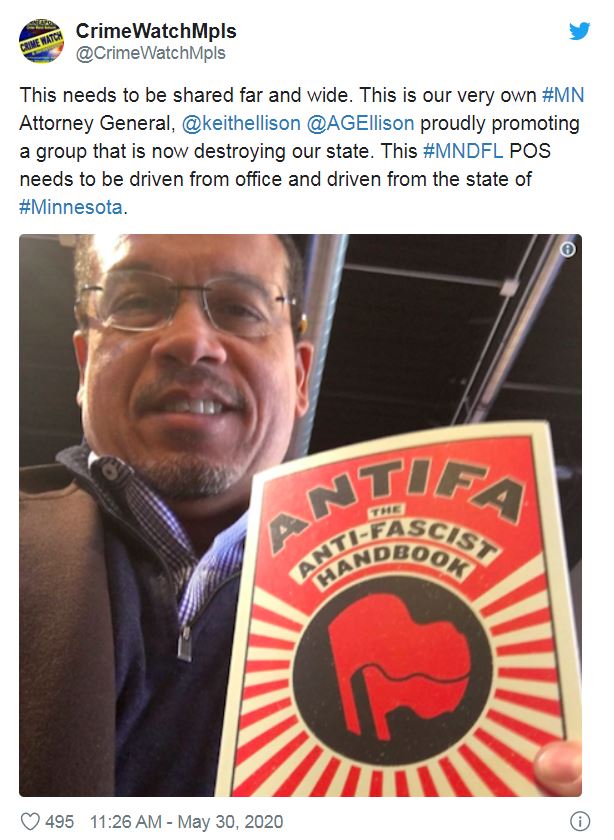 President Trump told Frey to “get tough and fight” in a tweet Saturday after the mayor and Walz called in the Minnesota National Guard.