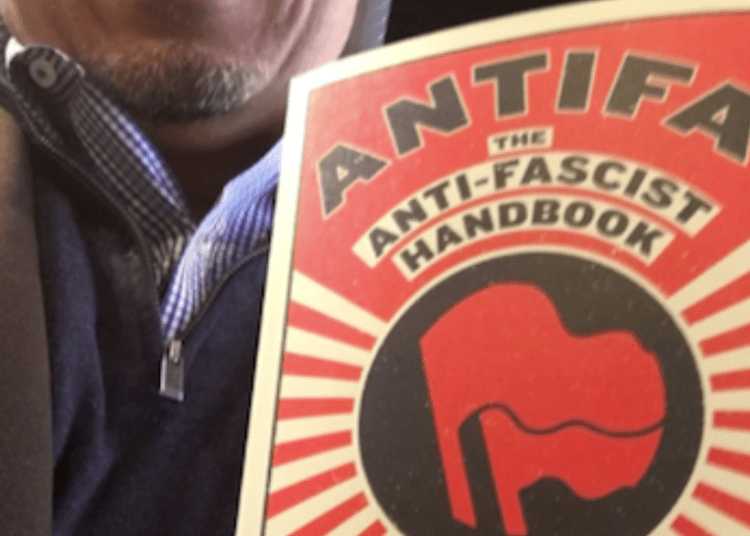 MINNEAPOLIS — Minneapolis City Council member Jeremiah Ellison tweeted on Sunday that he is declaring his support for ANTIFA after President Trump said that his administration would be declaring it a “Terrorist Organization.”

The council member noted in the tweet that he believes “white power” terrorists are actually the people engaging in the looting, arson and other riot activities as violent sects hijack some of the protests against racial inequality and police brutality in the wake of the death of George Floyd last Monday, FOX News reported.

“I hereby declare, officially, my support for ANTIFA,” Ellison said. “Unless someone can prove to me ANTIFA is behind the burning of black and immigrant owned businesses in my ward, I’ll keep focusing on stopping the white power terrorist THE ARE ACTUALLY ATTACKING US!”

I hereby declare, officially, my support for ANTIFA

Unless someone can prove to me ANTIFA is behind the burning of black and immigrant owned businesses in my ward, I’ll keep focusing on stopping the white power terrorist THE ARE ACTUALLY ATTACKING US! https://t.co/m6jxtDYmTi

Floyd died in the custody of the Minneapolis Police Department after officials said Officer Derek Chauvin used his knee to pin Floyd, who is black, to the ground by his neck for several minutes as Floyd begged for air. Chauvin was later charged with third-degree murder and manslaughter.

“We are going to bring to bear all the resources necessary to achieve justice in this case,” the elder Ellison said in response.

Antifa is a far-left militant movement that calls itself “antifascist,” and has no defined organizational hierarchy or membership process. Antifa demonstrators have been known to travel across state lines to engage in vandalism, looting and other forms of violence in places where there is civil unrest.

Democrats have sought to blame “white supremacists” for at least some of the violence.

We are now confronting white supremacists, members of organized crime, out of state instigators, and possibly even foreign actors to destroy and destabilize our city and our region.

“We are now confronting white supremacists, members of organized crime, out of state instigators, and possibly even foreign actors to destroy and destabilize our city and our region,” Minneapolis Mayor Jacob Frey tweeted on Saturday.

Keith Ellison himself on Fox News Sunday said that there were “outsiders” involved in the violence in his state, although he did not further detail what kind of “outsiders” these people might be.

“We have evidence that outsiders have been present and, in some cases, have played a very negative role. But I’ve been talking with protesters and trying to get a sense of who some of these folks are and I’ve heard mixed things,” Ellison said. “Some of the negative stuff has come from people in Minnesota and some of it has come from people on the outside. What I’d say is we’ve got enough to handle on our own and that what we really need to do is refocus on justice for Mr. Floyd. And the negative behavior, looting, arson, does not help us achieve that goal.”

Law Officer reported that 86 percent of the arrests were Minnesotans.

Keith Ellison has previously signaled support for the Antifa movement, tweeting in 2018 about a book promoting it.

This needs to be shared far and wide. This is our very own #MN Attorney General, @keithellison @AGEllison proudly promoting a group that is now destroying our state. This #MNDFL POS needs to be driven from office and driven from the state of #Minnesota. pic.twitter.com/HcjeYRTWpk

In a post on Twitter, AG Ellison said that he found the book “Antifa: The Anti-Fascist Handbook” at a Minneapolis book shop and said it would “strike fear in the heart of @realDonaldTrump.”

The post now appears to be deleted, but social media critics have circulated a photo of Ellison holding the book in recent days.

Neither Keith nor Jeremiah Ellison’s offices immediately responded to requests from Fox News for comment on the tweet by the Minneapolis City Council member. An effort has also been made to request comment from Walz.