A short surveillance video clip of the carjacking was obtained by Crime Watch Minneapolis which showed three to four suspects surrounding the white SUV and getting inside. 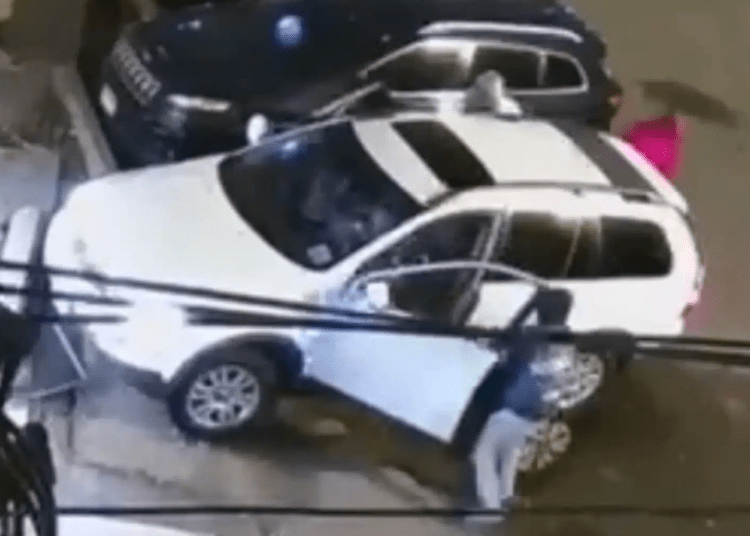 Minneapolis police were dispatched just after 8 p.m. Thursday on a report of a carjacking on the 800 block of 13th Avenue Southeast. A 911 caller reported that their mom had been carjacked, according to dispatch audio.

A short surveillance video clip of the carjacking was obtained by Crime Watch Minneapolis which showed three to four suspects surrounding the white SUV and getting inside.

The initial report stated that up to four males were involved. Police later updated over dispatch that at least one suspect was a black male wearing a blue jacket and gray pants who approached the driver. Another suspect was reported to be wearing red. Two of the suspects were reportedly armed with guns.

The carjacking comes just a week after university officials announced there would be an increased police presence following Halloween weekend violence during which several people were injured in targeted fireworks attacks against people and buildings in Dinkytown, frat row and the Marcy Holmes neighborhood.

The safety plan, dubbed “Operation Gopher Guardian,” was announced by Senior Vice President Myron Frans who stated increased patrols would operate for two weekends and would “enlist up to 10 additional officers from UMPD and MPD.” The initiative is scheduled to run through this weekend.

Another brazen Minneapolis carjacking was captured on video last Friday on the southern edge of downtown. In that incident, a woman was strong-arm robbed of her keys and her vehicle was taken with the suspects nearly running her over as they fled in her vehicle.

Share and speak up for justice, law & order...
Tags: carjackingMinneapolisUniversity of Minnesota